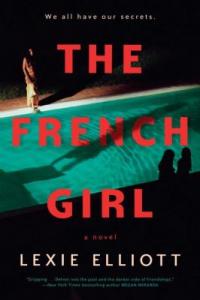 In The French Girl by Lexie Elliott, the decade after six Oxford friends spent a summer week at a Dordogne farmhouse, life took them in different directions. Their reunion is marred by the arrival of a French detective reopening a missing person's case upon discovery of Severine's (their neighbor) body in the well behind the farmhouse.

As the friends are being questioned, Kate Channing, a legal recruiter, appears to have an obvious motive. Her then boyfriend Seb(astian), had slept with the missing girl.

“As the narrator, Kate is smart, funny, and attractive, with some confidence issues, making her relatable...As the detective continues to dig, the shifting dynamics within the group will keep the reader guessing until the end. First novelist Elliott has done a phenomenal job of combining a whodunit with a Big Chill vibe.” (Library Journal) 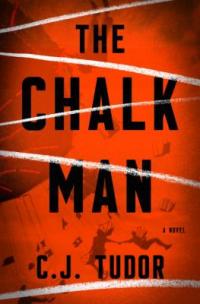 The Chalk Man by C. J. Tudor is "an absorbing debut with a well-crafted mystery and a solid dose of Stand by Me creepiness” (Booklist)

In the summer of 1986, 12-year-old Eddie Adams and his friends rode their bikes all over the village of Anderbury looking for excitement, and leaving secret messages for each other with chalk stick figures. Their game turned deadly when chalk figures led them to the dismembered body of a local girl. Though the police lacked solid evidence, suspicion drove their new teacher Mr. Halloran to suicide.

30 years later, thinking the past is behind them, Eddie and his friends start getting chalk figure messages in the mail.  When the only person who claims to know the identity of the killer turns up dead, Eddie realizes to save himself means figuring out what really happened all those years ago.