Lenin on the Train - by Catherine Merridale - 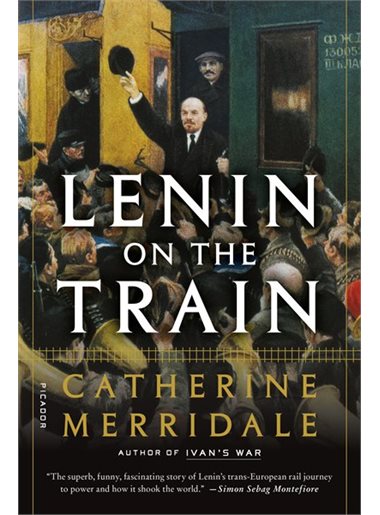 Vladimir Lenin's 1917 train ride from Switzerland to Russia is one of the pivotal moments in Russian history - and also one of the most misunderstood. Lenin on the Train explores Lenin's personal journey as he hurtles across Europe in a desperate effort to reach the streets of St. Petersburg before the revolution passes him by.

The book also delves deep into the wider world Lenin inhabited. Europe is deeply mired in World War I when the people of St. Petersburg rise up against the Tsar.  Foreign powers conspire, while the forces within Russian society threaten to tear the nation apart.   Catherine Merridale writes vividly and breathes new life into the material. Lenin on the Train is sure to keep you on the edge of your seat.