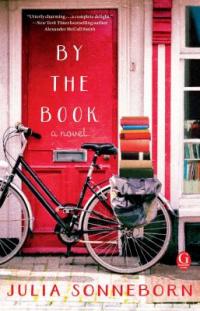 Professor Anne Corey, a scholar of 19th century British literature and women writers, is chasing tenure at Fairfax, a liberal arts college. Between a full teaching load, trying to find a publisher for her book, and caring for her father at a nearby nursing home, she is stunned to find that the new president of the college (and her boss) is none other than her ex-fiancé, Adam Martinez whom she broke up with at their Princeton graduation a decade ago. While Adam remains aloof and professional at college functions, Anne is pursued by the charismatic, motorcycle-riding, literary superstar Rick Chasen, the college’s writer-in-residence. Anne begins to wonder if she might get a a second chance at love.

For readers of The Austen Project , and those who enjoyed the 1995 movie adaptation of the novel. Reading Group Guide included.