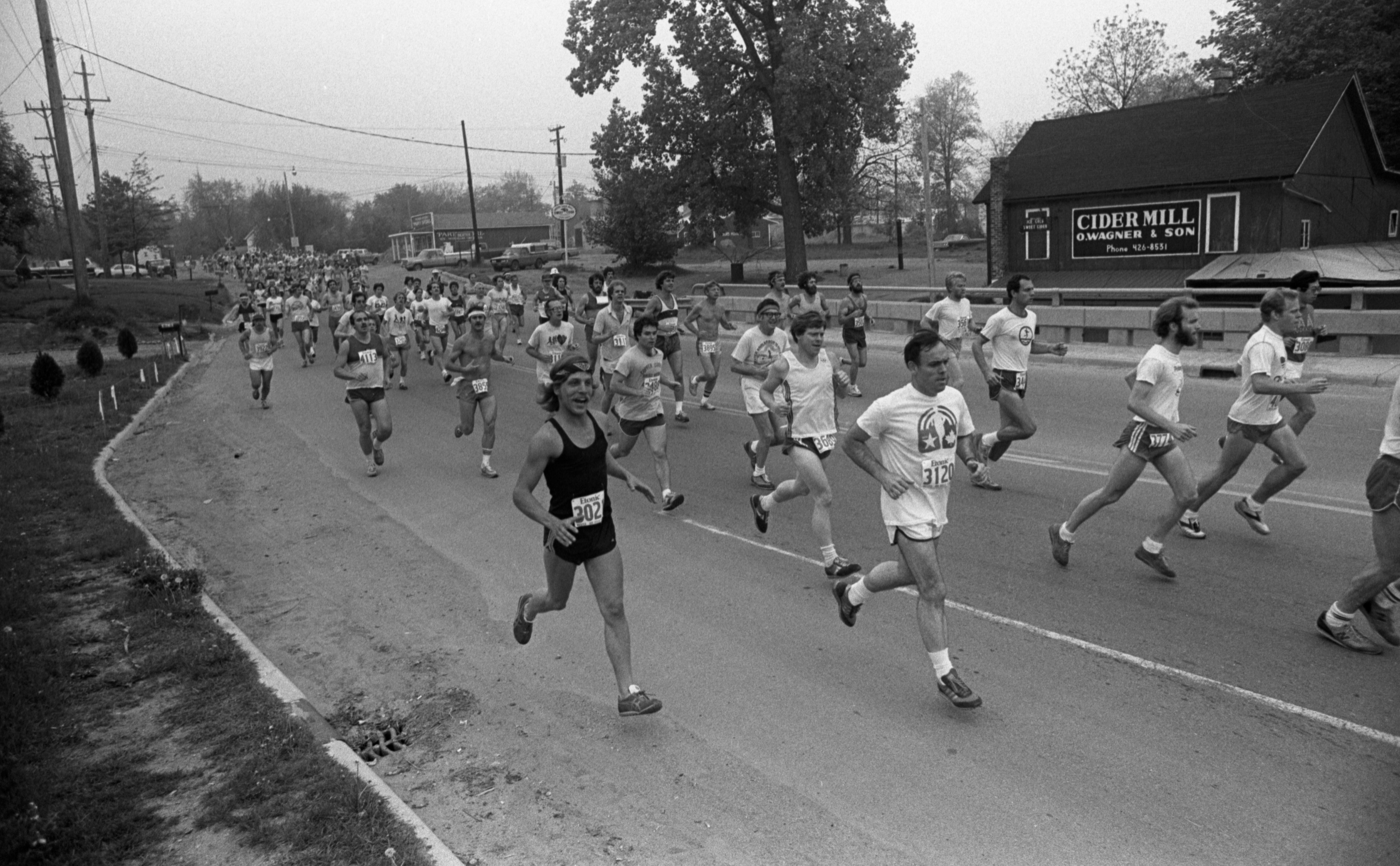 Published In
Ann Arbor News, May 24, 1980
Caption
Off and Running: An estimated 2,500 runners were off and going early this morning in the seventh annual Dexter-Ann Arbor Run, conducted under partly cloudy skies and warm temperatures. Sponsored by the Ann Arbor Track Club, the Run actually was two races- a seven-miler and a 15-miler. There were approximately 1,400 entries, almost evenly divided between men and women, in the seven-mile race. The 15-mile effort featured about 1,100 entries with approximately 150 women included.
Day
24
Month
May
Year
1980
Rights Held By
Donated by the Ann Arbor News. © The Ann Arbor News.
Copyright
Copyright Protected
Related
Off and Running