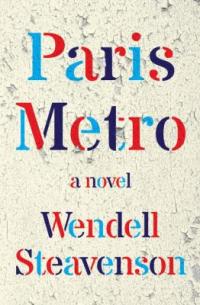 Drawn largely from her articles for The New Yorker, war reporter Wendell Steavenson’s debut novel Paris Metro was initially intended as a nonfiction book about the January 2015 Charlie Hebdo massacre, until the November attacks happened.
Catherine (Kit) Kittredge, an British-American reporter, traversed the Middle East following 9/11, filing human interest stories from some of the most dangerous geopolitical hot spots. She met Ahmed Solemani, a Westernized Iraqi diplomat in Baghdad. After their wedding, they moved to Paris where Ahmed began working for the UN. A divorce followed, but not before Kit was left to raise Little Ahmed, his son from a previous marriage, alone. In the company of a makeshift family of diplomats, photographers, and artists, these “two mongrel outcasts brought together by fate” became a family of two. When they lost a friend at Charlie Hebdo, and Kit witnessed firsthand terrorists storming the Bataclan Theatre, she began to distrust those closest to her - her husband, and her own son.

“With unflinching realism and complicated, captivating characters, Steavenson tackles the turbulent realities of the war against terror by diving deeply into the history and motivations of the people waging their own personal battles in search of the truth.” (Booklist)