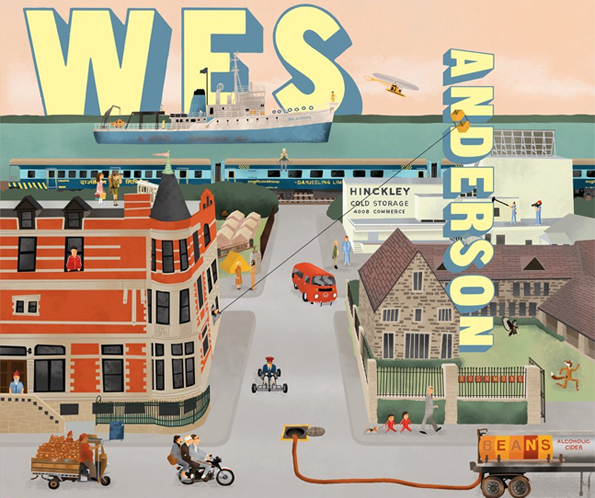 The Wes Anderson Collection is a series of 3 books showcasing Anderson's iconic films. These books are a must read for any Wes Anderson fan!

The first book in the series, The Wes Anderson Collection, is a retrospective of Anderson's career. Containing an interview running throughout the book, it begins with Anderson's childhood and covers everything from the people he's worked with to his inspirations. The second volume, The Grand Budapest Hotel, focuses on the movie, and includes stories and anecdotes from set, photos of set inspiration, and a variety of essays from film critics to style and costume consultants for the film. The third volume, Bad Dads, is a showcase of fan art from over 400 different artists. The art celebrates characters from Anderson's movies.

Isle of Dogs, Anderson's latest film, is in theaters now. Look for it at the library when it's released on DVD/Blu-ray!

I loved looking at this book!

I loved looking at this book!