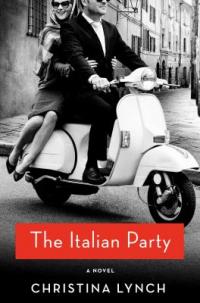 April, 1956. American newlyweds Michael and Scottie Messina arrived in Siena ostensibly to open a Ford tractor dealership, while Michael was in fact, a CIA operative on a mission to defeat the Communist mayor’s reelection, and to be close to Duncan, his handler and lover.  Scottie has her secrets too which were increasingly hard to keep in a small town like Siena. With the election approaching, complications ensued.

When 14 year-old Robertino, Scottie’s Italian language coach went missing, her search for him led her to discover other, darker truths about herself, her husband, and her country.

For readers who enjoyed The Expats by Chris Pavone.

The author, a former Milan correspondent for W magazine and Women's Wear Daily, was on the writing staff of Unhappily Ever After; Encore, Encore; and The Dead Zone . She will be at Literati Bookshop on April 27th, 7pm for a reading and signing.