Oh, Those Roses With Their Winning Ways! 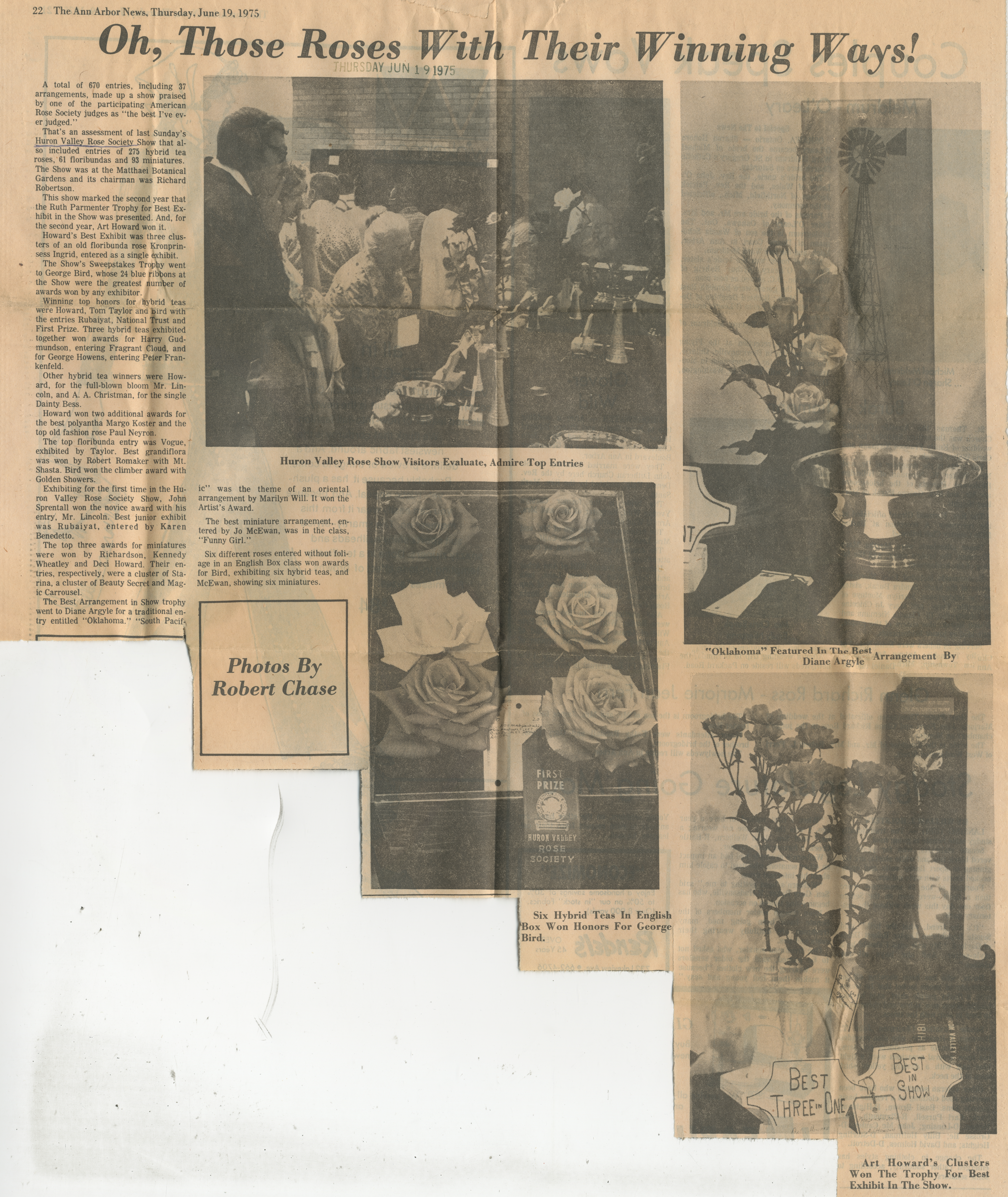 Oh, Those Roses With Their Winning Ways!

A total of 670 entries, including 37 arrangements, made up a show praised by one of the participating American Rose Society judges as “the best I’ve ever judged.”

That’s an assessment of last Sunday’s Huron Valley Rose Society Show that also included entries of 275 hybrid tea roses, 61 floribundas and 93 miniatures. The Show was at the Matthaei Botanical Gardens and its chairman was Richard Robertson.

This show marked the second year that the Ruth Parmenter Trophy for Best Exhibit in the Show was presented. And, for the second year, Art Howard won it.

The Show’s Sweepstakes Trophy went to George Bird, whose 24 blue ribbons at the Show were the greatest number of awards won by any exhibitor.

Other hybrid tea winners were Howard, for the full-blown bloom Mr. Lincoln, and A. A. Christman, for the single Dainty Bess.

The top three awards for miniatures were won by Richardson, Kennedy Wheatley and Deci Howard. Their entries, respectively, were a cluster of Starina, a cluster of Beauty Secret and Magic Carrousel.

The Best Arrangement in Show trophy went to Diane Argyle for a traditional entry entitled “Oklahoma." “South Pacific" was the theme of an oriental arrangement by Marilyn Will. It won the Artist’s Award.

The best miniature arrangement, entered by Jo McEwan, was in the class, “Funny Girl.”

Art Howard’s Clusters Won The Trophy For Best Exhibit In The Show.