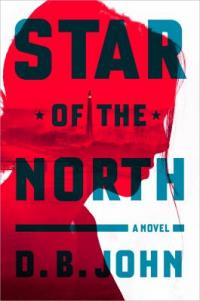 Star Of The North * * *  by D.B. John, a timely take on global politics, is inspired by the author’s 2012 trip to North Korea.  (See the author's trip diary in pictures)

Jenna (Jee-min) Williams, a brilliant academic at Georgetown’s School of Foreign Service is still haunted by the disappearance of her twin sister Susie (Soo-min) 22 years ago on a South Korean beach. Now the CIA has evidence that her sister was kidnapped, and may be alive in North Korea. Colonel Cho, a high-ranking North Korean diplomat and a rising star in the government, is worried that a deep background check by the state security might reveal a deadly family secret. When the two meet at a diplomatic reception in New York City, though initially unhelpful, Cho agrees to help Jenna locate her sister. Meanwhile, Mrs. Moon, a North Korean peasant risks her life to trade the illegal goods she finds on the black market, hoping to make a better life for herself and her husband.

“From the luxuries of power to the back-door political dealings to the torturous realities of a concentration camp, these three seemingly disparate plots are deftly woven, leading to an ending that is at once breathtaking and bittersweet.“ (Library Journal).  For fans of John Le Carre, Jason Matthews, and Viet Thanh Nguyen's The Sympathizer.