The Aztecs have a reputation for being brutal warriors, maybeeeeee because the whole human sacrifice thing was a legitimate part of their religion, but there’s a lot more to the story than blood and amazing architecture! Let’s start at the beginning. The Aztecs had incredibly humble origins; they were a nomadic hunter-gatherer tribe from Aztlan, a place we would recognize as northern Mexico. These initial Aztecs actually called themselves the Mexica; the word Aztec is better used to describe the eventual society that developed later. Around the year 1111, the Mexica began traveling south after their war god, Huitzilopochtli, told them that they would have to find a new home. The Mexica set off with high spirits, and then proceeded to wander for GENERATIONS looking for a sign that they had found a place to found their new city. All that faithful wandering paid off in 1325--yes, excellent math skills, that IS a FULL 200 YEARS LATER--when legend has it that the Mexica people saw the sign they were looking for: an eagle perched on a cactus eating a serpent. The Mexica proceeded to found their capital city, Tenochtitlan, on that very site, which happened to be islands in a lake.  You will also find good fortune in this lake, since it’s name is your next code!

This badge has been awarded to 584 players

wait, i searched for …

wait, i searched for "eradicating smallpox" in the catalog and there's only one book, but it doesn't have the code

look for other words this…

I wish there was a relevant…

I wish there was a relevant link right back to our summer games home page from these pages, so that we can just easily enter the code.
I end up having to have so many pages open and I often close the main home page. 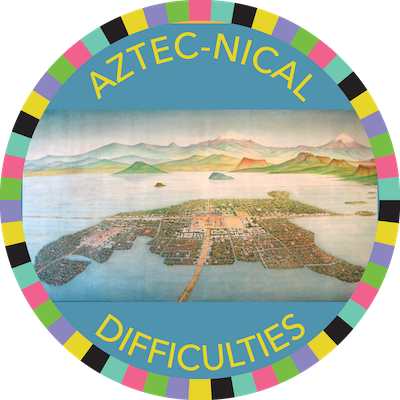