Welcome to the Gupta Empire! This ancient empire was located on the Indian subcontinent, across the northern and central part of today’s India, during 320 and 550 CE. People in the Gupta Empire were (by and large) having a rolicking good time by INNOVATING some ARTS AND SCIENCES. The ruling class of the Gupta Empire actively encouraged education and learning, ushering in the “Golden Age of India.”  This period marked notable innovations in literally everything: science, art, religion, and philosophy. Sri Gupta was the founder of the empire in 240, though his son, Ghatotkacha, and his grandson, Chandragupta, really put the family out there by challenging and defeating neighboring feudal lords. Chandragupta really got things going when he married Kumaradevi, a princess the kingdom of Magadha. Shortly after his marriage, Chandragupta took the title Maharajadhiraja, which is Sanskrit for King of Kings. You’ll find your next code hiding in the catalog with a movie of the same title!

This badge has been awarded to 485 players

Google "Alchon Huns" and in…

Google "Alchon Huns" and in the Wikipedia page the name of the king is in the history section.

I'm really stuck on clue 3. Can someone please give me a little hint? Thanks!

Yes, it is that game, but don't limit the search to children's books.
I'm now stuck on 5. I've read the Wikipedia page about 10 times but everything I try is wrong.

On the Wikipedia page for…

On the Wikipedia page for Alchon Huns, I just did a word search (command F) for "founder," and it popped right up! :) 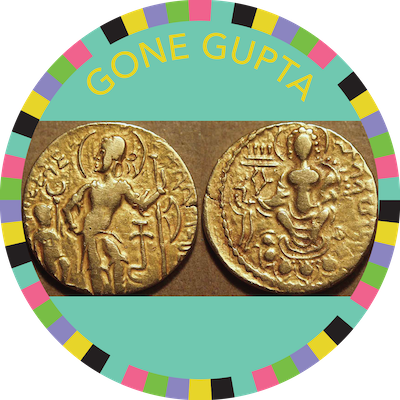