The year was around 1910 when noted French designer, Paul Poiret, debued the LONG, the EXTREMELY TIGHT, the SEVERELY LIMITED leg spaced HOBBLE SKIRT!!! (cue air horns) That's right, folks! THE HOBBLE SKIRT! A long skirt that was bound tightly at the ankle, causing the wearer to have to make teeny tiny steps to get anywhere! While Poiret is credited for the hobble skirt, it is not clear who ACTUALLY invented it as skirts had been getting narrower and narrower, but for simplicity's sake (and more importantly, this SUMMER GAME'S SAKE) we'll go ahead and say CONGRATS ON YOUR INVENTION, PAULY! Poiret was so influential, in fact, that in 2007 a highly acclaimed museum hosted an exhibit titled, "Paul Poiret: King of Fashion"! DOUBLE CONGRATS, PAULY! To get your first code, figure out the name of the museum and search for it in our catalog!

This badge has been awarded to 647 players

I need help with the second…

I need help with the second clue...I put in the number, and then tried the word for the number, but it still doesn't come up with results in the catalog that have clues. Should it be a fraction? A decimal? (The decimal doesn't work either.)

How about trying "(the word…

How about trying "(the word for the number) minutes"?

do not include the seconds…

do not include the seconds in your search, just spell out the number of minutes... that is how I got it!

I put quotes around it, like indicated in the clue, and it didn't work. Now I've found it when I eliminate the quotes. Thanks!

I need help with the last…

I need help with the last code. I typed in p----- skirt and checked all the results but found no code. Did I search the wrong thing?

These badges are my favorite…

These badges are my favorite. I've always loved historical fashion!

i need help with the second…

i need help with the second clue. i searched for "--- (the word spelled out) minuets" and I went through a whole page and didn't find a code. what should i do?

help me with the last one…

help me with the last one. please? 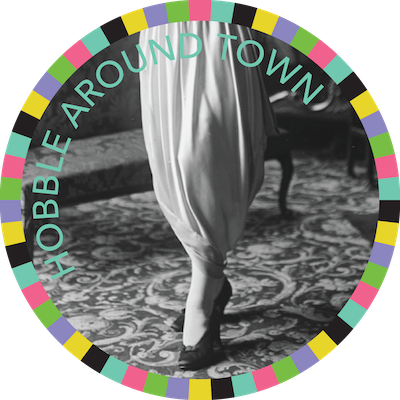