Today the idea of recorded sound is inseparable from the idea of recorded music; any sound in the world (and some from out of the world) has been recorded for posterity, but it is music that has always made up the bulk of what was recorded--or at least what was listened to.  Well, almost always.  It's not as if the first recordings had any music on them.  Oddly enough, both Edison and Bell chose a particular piece of poetry to recite.  Bell's recitation of it (difficult to understand though it is) is one of the oldest recordings in existence.  Find the name of that lofty piece of poetry in the catalog!

This badge has been awarded to 389 players

HELP! I have spent so much…

HELP! I have spent so much time trying to figure out the fourth clue! It says to find the name of the company who ran the parlor and to look on the Wiki page but it is not on the page! There's only the company that owned the salons, and I searched for it in the catalog and looked at the entire first page. I CANNOT figure this out!! Thanks to anyone who's willing to help!

I found the code, but it…

I found the code, but it took WAY too long, so I'm happy to offer a hint. Hopefully this doesn't give too much away. Try adding "Pictures" to the one-word name of the company, putting the whole thing in quotes (viz, "[companyname] Pictures"), and restricting your search to Video. Now you should get a manageable hitlist that includes the catalog entry with the code.

Thanks Taina M Price. That…

Thanks Taina M Price. That did help.

Thank you so much! That…

Thank you so much! That really helped! :)

Yes - thank you! Don't think I would have gotten there without help. Some of the other clues took awhile - but that's okay. There's a reason why this badge is rated three stars. Nice work on this set of badges!

Thank you so much!

Thank you so much!

Thank you so much! I would…

Thank you so much! I would not have guessed about "Pictures". I didn't see that in the article, either. With a couple of these clues, I just kind of knew from general knowledge. If I had to start from scratch, I'm not sure how hard it would be.

Thanks for the hint.

Thanks for the hint.

Thanks for the Hint!

Thanks for the Hint!

You need to put the name in…

You need to put the name in quotes or you're just getting things close to the word.

Also don't include the e…

This was possibly the most…

This was possibly the most frustrating badge I've ever done. Only the fifth code gave me no trouble at all. The others had me hunting much harder than usual for information (not that that's a bad thing per se), barking up multiple wrong trees, and click-click-clicking deep into the catalog hitlists. On the bright side, I encountered a lot of interesting facts that I wouldn't have otherwise.

Agreed, I’ve been working on…

Agreed, I’ve been working on this badge off and on for a week. This is by far one of the most frustrating ones ever. I don’t mind difficult, but this ones a bit on the extreme side of difficult. I’ve had 4 star badges be much easier to solve than this one.

I'm having trouble with the…

I'm having trouble with the third code...I tried looking up the poet in the catalog, but it didn't have a code.

Did you look up the first…

Did you look up the first and last name? If you did, the code should be on the second result.

Yes, but now that I did it…

Yes, but now that I did it again on my phone, not my laptop, it worked. Thanks!

Stuck with third code as…

Stuck with third code as well. How did you get the name of the poet. There was nothing in 'the Victor Talking Machine Company' wiki? Thanks!

stuck on the second one.

stuck on the second one.

I'm on clue number 5 but it is saying I have only 1/5 completed? How do I get this badge to refresh so I can finish?

Thanks for the hints above…

Thanks for the hints above. I can't believe how long it took me to finish this badge. Bravo badge makers!

Can someone help we with the…

Can someone help we with the second clue?

I was stumped on this one as…

I was stumped on this one as well. Try searching Google for Bell's role in dictation machines, and then search the name of that product/company in the catalog.

Thank you so much!! That was…

Thank you so much!! That was really helpful. ;)

I'm stuck on the third clue…

I'm stuck on the third clue. I found the name of the poet and typed it in quotes in the search box. Came up with 5 entries, none of which has a game code.

Ditto. Tried with and…

Ditto. Tried with and without quotes, tried from phone and tablet, tried clicking on author name in book listing. 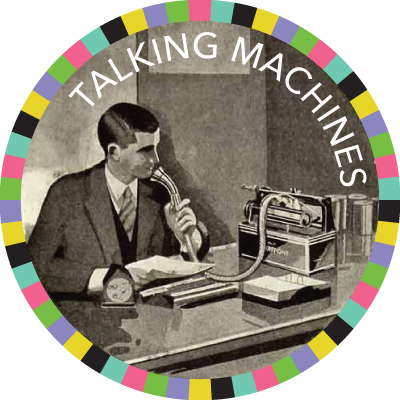