Get ready for a doozy this week! Meet the Mongols, some of the fiercest fighters in history! The history behind this empire is BRUTAL. Like heavy metal brutal. This empire existed during the 13th and 14th centuries. It rose fast and fell hard. The Mongols had a particularly inauspicious beginning as empire builders. Neighbors of the nomadic tribes knew that the steppe people were dangerous, but they were generally not considered a political threat since the tribes spent all of their time fighting each other. Then along came Genghis Khan who did the supposedly impossible: he united all the tribes under one leader. Genghis Khan is a name most people are familiar with, but he didn’t start life with that name. Find Genghis Khan’s given name, and then search for it in the catalog to find your first code.

This badge has been awarded to 409 players

Ignore the clue - It was a…

badge is not updating to…

badge is not updating to show that clues and hints have been unlocked. please fix, thanks

Can someone help with the…

Can someone help with the second clue? I think I have found the right Wikipedia page, but I can't find out what it is called. Thanks!

Hi, Tess. The Wikipedia page talks about the particular code of law--it's 5 letters long. I searched the catalog, and then realized that the Summer Game Code is the 5-letter name itself. Hope that helps!

Third clue is frustrating! I tired the name in Mongol also in Russian and every alternate I've found. Nothing in the catalog. Tried the search for a kids book as suggested by kathscot- no results. What am I missing?!

For the third clue - if you…

For the third clue - if you have the correct answer, limit your search to "books" (it is NOT a graphic novel). It should come right up.
Wikipedia's page on the "Mongol Empire" holds the answer to this clue!

Thank you Teri!!!! I had limited my search to graphic novels- very frustrating. And, the clue was so easy once I didn't follow the library's hint. 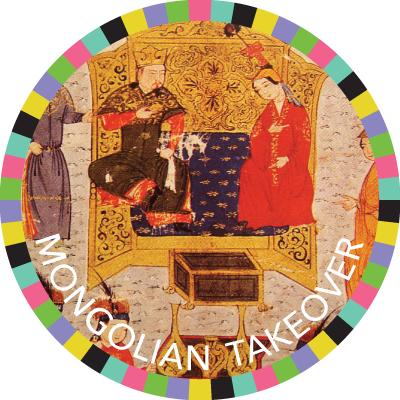