Abraham Lincoln once said, "Man, I hate doing lame things like LAUNDRY and CHANGING CLOTHES." Spoiler alert: Lincoln absolutely did NOT say that, but if he did, he would be RIGHT (and GROSS)! While Lincoln didn't say that, a lot of men felt that way! And thus, our next fashion trend was born. Around 1830, men's fashion greatly changed for the LAZIER! A main part of a man's wardrobe became DETACHABLE so men didn't have to change their shirts anymore (or at least not often). When it was time to get clothes cleaned, they simply detached this part of a shirt that gets dirty quickly, wash it, then snap it back on. EASY PEASY! It's like the dry shampoo of clothes! Figure out what part of a man's shirt became notably DETACHABLE in the 1830's and look for it in the catalog!

This badge has been awarded to 519 players

I think there is a typo. Do…

I think there is a typo. Do you mean "snippied," as opposed to "shipped?"

I found another typo in the…

I found another typo in the text that comes after you get the code "[edited by staff]". Says "take of" instead of "take OFF".

Yikes! I fixed both of them…

Yikes! I fixed both of them. Thanks!

And how do you get "fracking…

And how do you get "fracking" from asphyxiation?

If you accidentally asphyxiate yourself, you're fracked. 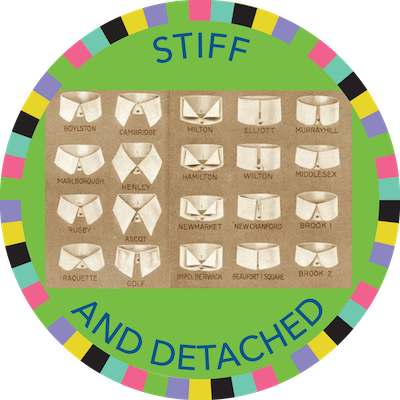