Get ready for a really exceptional dynasty, the Zhou dynasty. This Chinese dynasty was a brief one, lasting only from 684-705. The Zhou dynasty has a special place in history not because of its short duration, but because of who the emperor was: Wu Zetian. What makes Wu special is that she is the FIRST AND ONLY female empress in Chinese history! Now, there were plenty of powerful women in Chinese history, but Wu was the only woman who seized the throne for herself, and only herself, instead of ruling in the name of a husband or child. Wu had a long climb to the top, she first entered the political scene in the Tang dynasty as a concubine for Emperor Taizong. It was when Taizong died that Wu’s drive and will to survive first became readily apparent. She defied convention and became a concubine to Taizong’s son instead of accepting exile as a nun. The name of Taizong’s son is your first code!

This badge has been awarded to 348 players

Wow! That last clue was hard…

Wow! That last clue was hard to find!

Even the first clue is hard!

Even the first clue is hard! 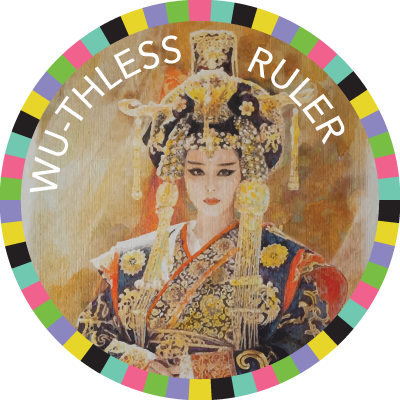