In 1997, the Sojourner rover became the first vehicle ever on another planet. It was a test mission, to see if we humans could put a moving robot on another planet, and NASA did it! Since then NASA has sent 3 more rovers to Mars: the twins Spirit and Opportunity in 2004, and Curiosity in 2012. And NASA is planning to send another rover to Mars in 2020! That's 5 vehicles roaming around the Martian landscape. But HOW do they do it? You'll be searching the internet to find the codes.

This badge series was created by Jennifer German, NASA/JPL Solar System Ambassador to Ann Arbor, with help from her daughter Amber.

This badge has been awarded to 298 players 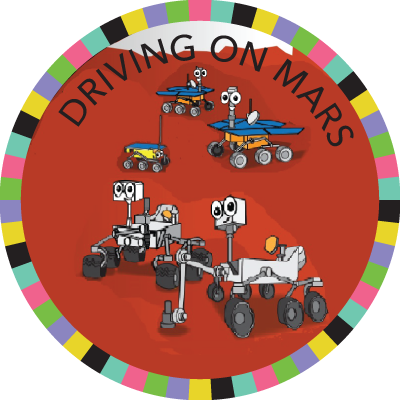