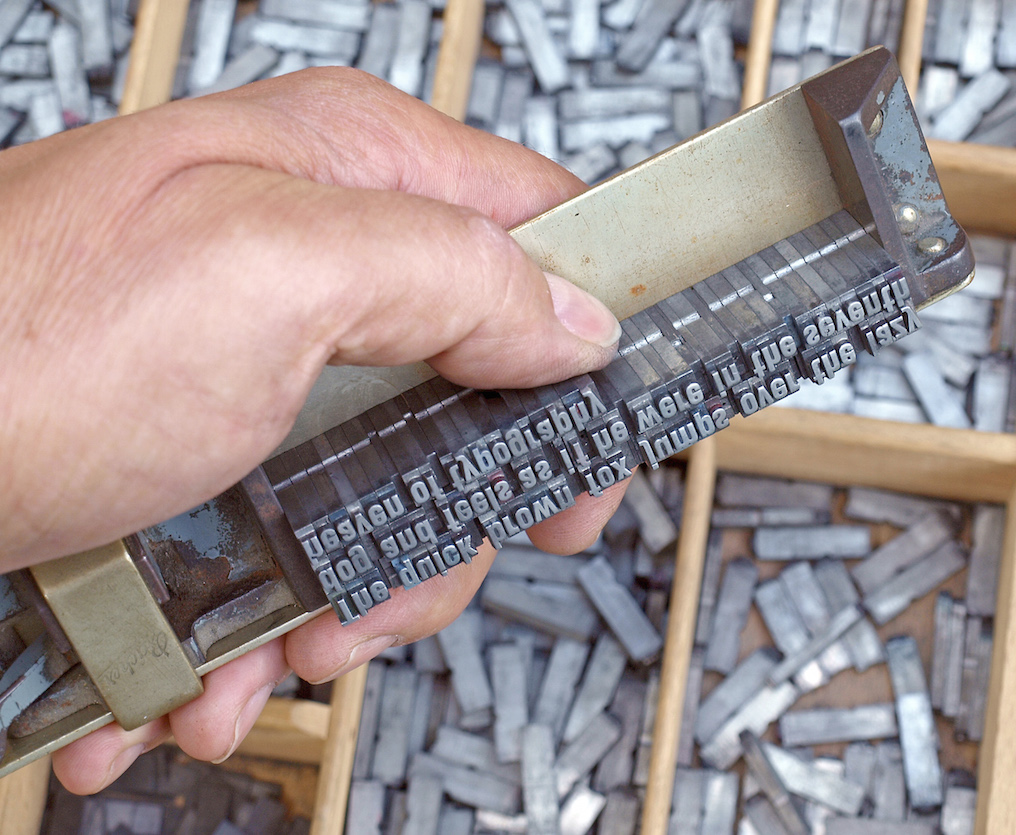 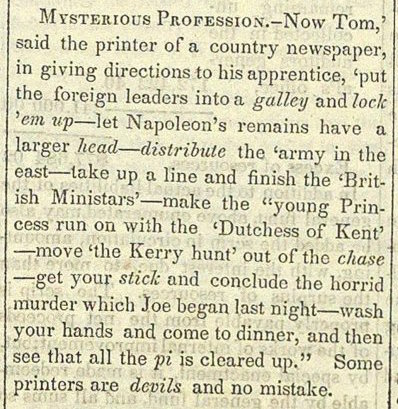 Today, letterpress printing is an artisanal practice mainly pursued by small independent publishers, artists, and the makers of handmade greeting cards and other ephemera. The technique, however, dominated the history of printing for centuries, from Johannes Gutenberg’s invention of the movable-type printing press in 1439 up until the rise of offset printing in the twentieth century. Theodore Foster and Reverend Guy Beckley joined the ranks of thousands of country newspaper editors in the U.S. and its territories—in profession, if not in political affiliation—when they began publishing the Signal of Liberty on an iron hand-press on behalf of the Michigan State Anti-Slavery Society in April 1841. But the practical workings of a newspaper, including its budget, remained mysterious to most subscribers, who were notorious for neglecting to “pay the printer.”

A March 23, 1846 article targeted at delinquent subscribers offered a crash course in the Signal of Liberty’s day-to-day operations and yearly expenses:

As the article makes clear (despite the unfortunate typographical error of $580 instead of $850 for “Paper and Ink”), the Signal of Liberty barely broke even. To supplement the money received from subscriptions (which varied from $1 to $2 per year, for a total revenue of $2,025), the paper depended on job printing and advertising. Sometimes the editors even placed ads asking for daily staples such as wood and produce in exchange for subscriptions. (A nineteenth-century printers’ proverb could have been “You can’t have your pi and eat too.”) 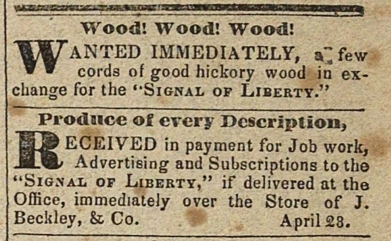 So how did the Signal of Liberty stay in print for seven years, and what printers, paper- and ink-makers, and other local business connections contributed to its success? How does the story of the Signal compare to that of other early Michigan newspapers, and the history of nineteenth-century letterpress printing? Parts II-IV of “Paper, Ink, and Pi” will give the details! (Read Part II here!)

In the meantime, if you want to try your hand at letterpress printing, the Ann Arbor District Library holds a weekly “Letterpress Lab” featuring the library’s historic Kelsey and Vandercook letterpresses—check out the next event on August 15. And definitely don’t miss the upcoming 2018 Ann Arbor Wayzgoose & Printing Festival on August 24 and 25!