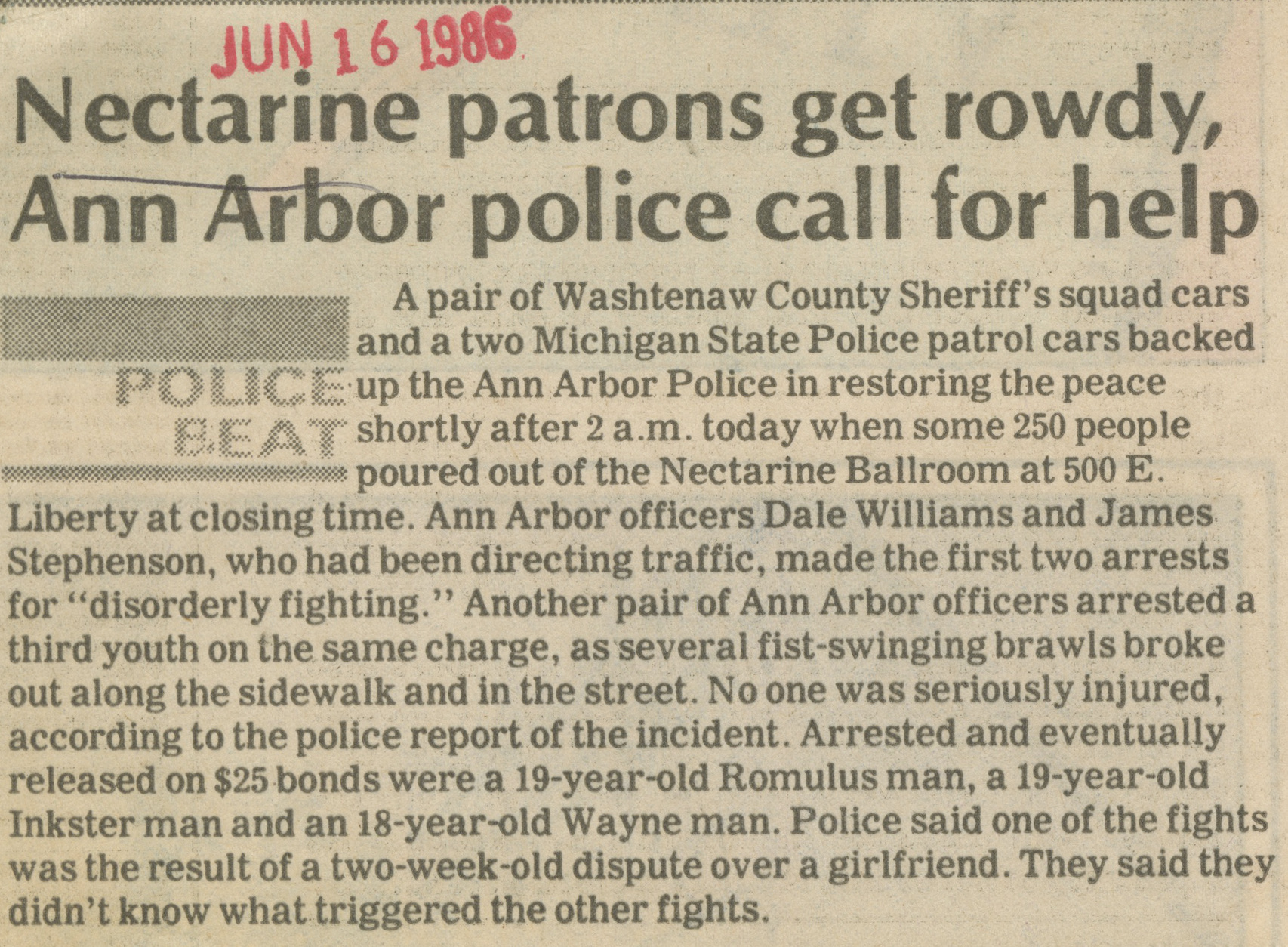 A pair of Washtenaw County Sheriff’s squad cars and a two Michigan State Police patrol cars backed up the Ann Arbor Police in restoring the peace shortly after 2 a.m. today when some 250 people poured out of the Nectarine Ballroom at 500 E. Liberty at closing time. Ann Arbor officers Dale Williams and James Stephenson, who had been directing traffic, made the first two arrests for “disorderly fighting.” Another pair of Ann Arbor officers arrested a third youth on the same charge, as several fist-swinging brawls broke out along the sidewalk and in the street. No one was seriously injured, according to the police report of the incident. Arrested and eventually released on $25 bonds were a 19-year-old Romulus man, a 19-year-old Inkster man and an 18-year-old Wayne man. Police said one of the fights was the result of a two-week-old dispute over a girlfriend. They said they didn’t know what triggered the other fights.