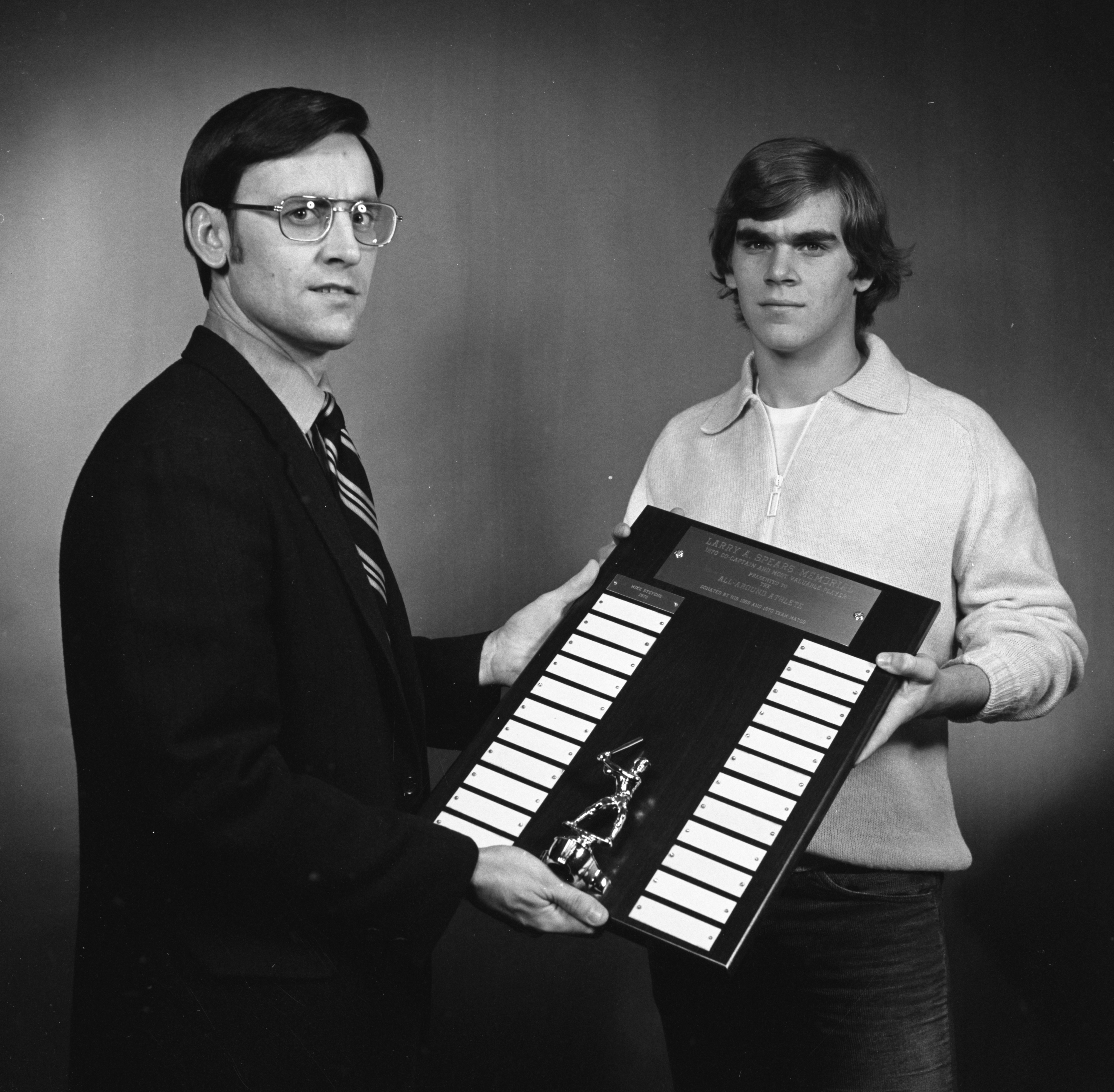 Published In
Ann Arbor News, January 17, 1973
Caption
Huron High Baseball Coach Jess Kauffman (left) presents the first annual Larry A. Spears Memorial Award to Mike Stevens. Spears was the Hurons' co-captain and most valuable player in 1970. He was killed in an auto accident Dec. 3, 1971, and the award was established in his memory by his 1969 and 1970 teammates. It will be given each year to the River Rat judged the team's all-around athlete. Stevens was a pitcher-first baseman and co-captain for the Hurons during the '72 season.
Month
January
Year
1973
Rights Held By
Donated by the Ann Arbor News. © The Ann Arbor News.
Copyright
Copyright Protected
Related
Stevens Wins Award