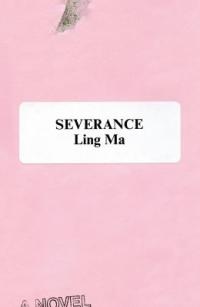 Severance * * by Ling Ma is “(s)mart, funny, humane, and superbly well-written.” (Kirkus Reviews, check out the interview with the author)

When a pandemic called Shen Fever sweeps New York, decimating its population and threatening to shut down the city, for unknown reasons, Candace Chen is spared. Unfervered, she agrees to remain at the Manhattan book publisher while others flee. Sequestering herself in the office tower except for her daily walk with her camera, she captures the eerie, abandoned city as the anonymous blogger NY Ghost. On the last day of her contract, Candace commandeers a yellow cab and meets up with a ragtag group of survivors in Pennsylvania, led by the self-appointed leader named Bob who assures them if they make it to the “Facility”(shopping center) near Chicago, they would have all it needs to restart society.

But Candace is carrying a secret that Bob plans to exploit. Imprisoned and isolated, Candace realizes her only option is to escape into the unknown.

“With womb dystopia a hot topic inspired by the renewed popularity of Margaret Atwood's The Handmaid's Tale, an already established audience will be eager to discover this work.” (Library Journal) 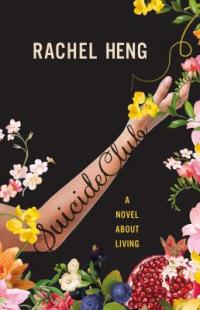 Suicide Club : a novel about living * by Rachel Heng. “Fans of modern speculative fiction and readers who love stories that warn us to be careful what we wish for will be enthralled by Heng's highly imaginative debut, which deftly asks, "What does it really mean to be alive?" (Library Journal)

Lea Kirino is a "Lifer," which means that if she does everything right, she has the potential to live forever.

At 100, she has a great job, a pedigreed fiancé, and good habits that would optimize her lifespan. But Lea's perfect life is turned upside down when she spots her estranged father on a crowded sidewalk. A misstep marks the beginning of her downfall as she is drawn into his mysterious world of the Suicide Club, a network of powerful individuals and rebels who reject society's pursuit of immortality. Soon Lea is forced to choose between a sanitized immortal existence and a short, bittersweet time with a man she has never really known, but who is the only family she has left in the world.