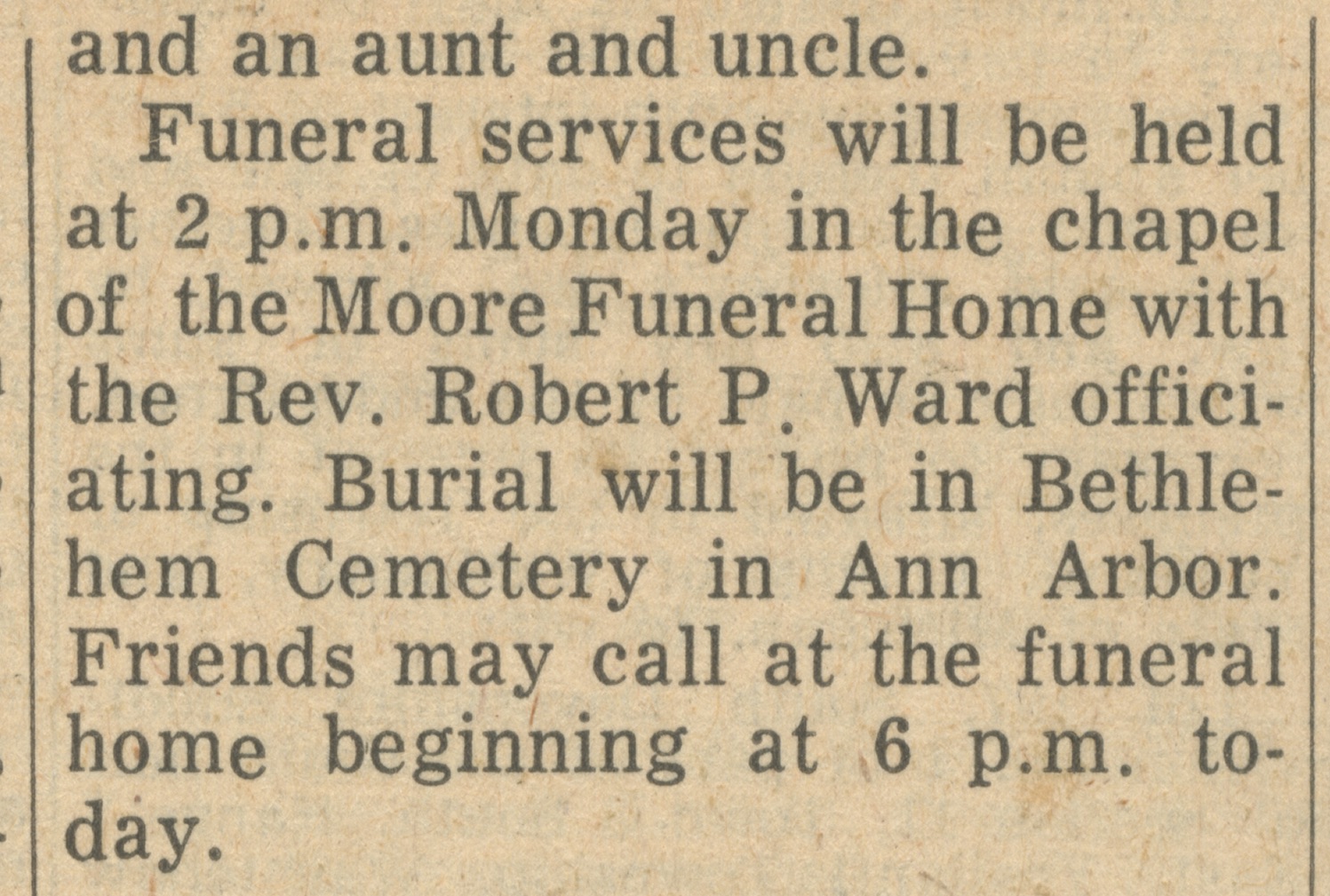 Mr. Dailey had been a resident of Ypsilanti for the last two years, having moved here from Detroit. He was a member of Detroit Local 37 of the Painters Union.

Surviving in addition to his wife are two sons, George of New York City and Bradley of Detroit; a daughter, Mrs. Judy Robinson of Hollywood, Calif.; a granddaughter; his father, George W. of North Lake; a sister, Mrs. Fred Cook of North Lake; a brother, Herbert L. of Ann Arbor; several nephews, and an aunt and uncle.

Funeral services will be held at 2 p.m. Monday in the chapel of the Moore Funeral Home with the Rev. Robert P. Ward officiating. Burial will be in Bethlehem Cemetery in Ann Arbor. Friends may call at the funeral home beginning at 6 p.m. today.