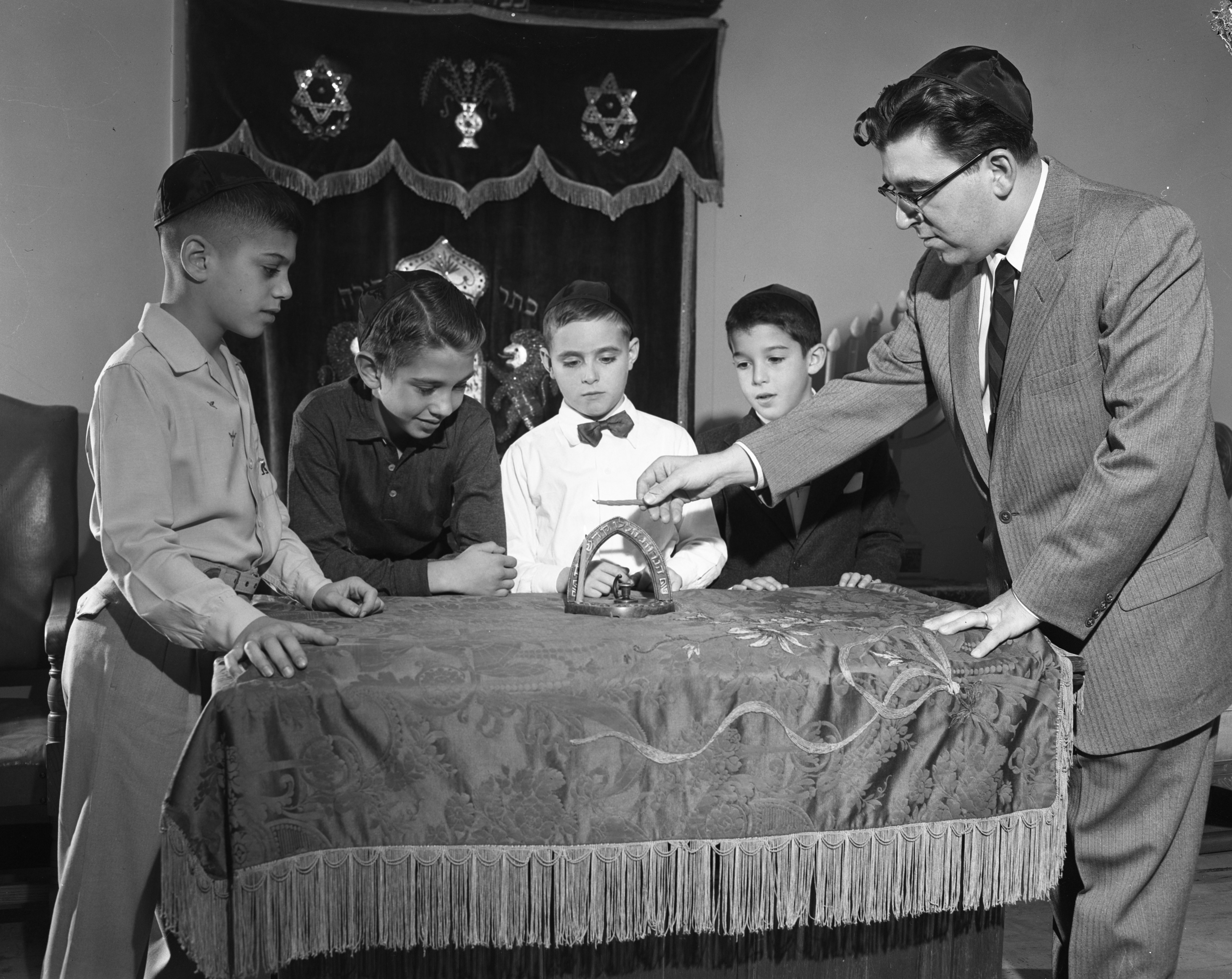 Published In
Ann Arbor News, November 30, 1956
Caption
Jewish Chanukkah Begins First Candle For Chanukkah: Beginning of Chanukkah tonight is marked by the lighting of the first candle by Rabbi Julius Weinberg, spiritual leader of Beth Israel Community Center. Participating in the ceremony are four first grade students in the Center's Hebrew School, held twice weekly. They are (left to right) Michael Pear, Laurie Kroll, Larry Halman and Mark Mayerstein. Chanukkah, or dedication, commemorates the rescue of their faith by the Jewish people in 165 B.C., when they defeated a Syrian king who had ordered the worship of idols. Led by Judah the Maccabee, they drove the Syrians from the temple of Jerusalem, rededicating it with undefiled oil sufficient to burn one day. The oil burned for eight days, and to commemorate the miracle an additional candle is lit each evening during Chanukkah until eight are burning. The candle symbolize the miracle of the survival of the Jewish people.
Month
November
Year
1956
Rights Held By
Donated by the Ann Arbor News. © The Ann Arbor News.
Copyright
Copyright Protected