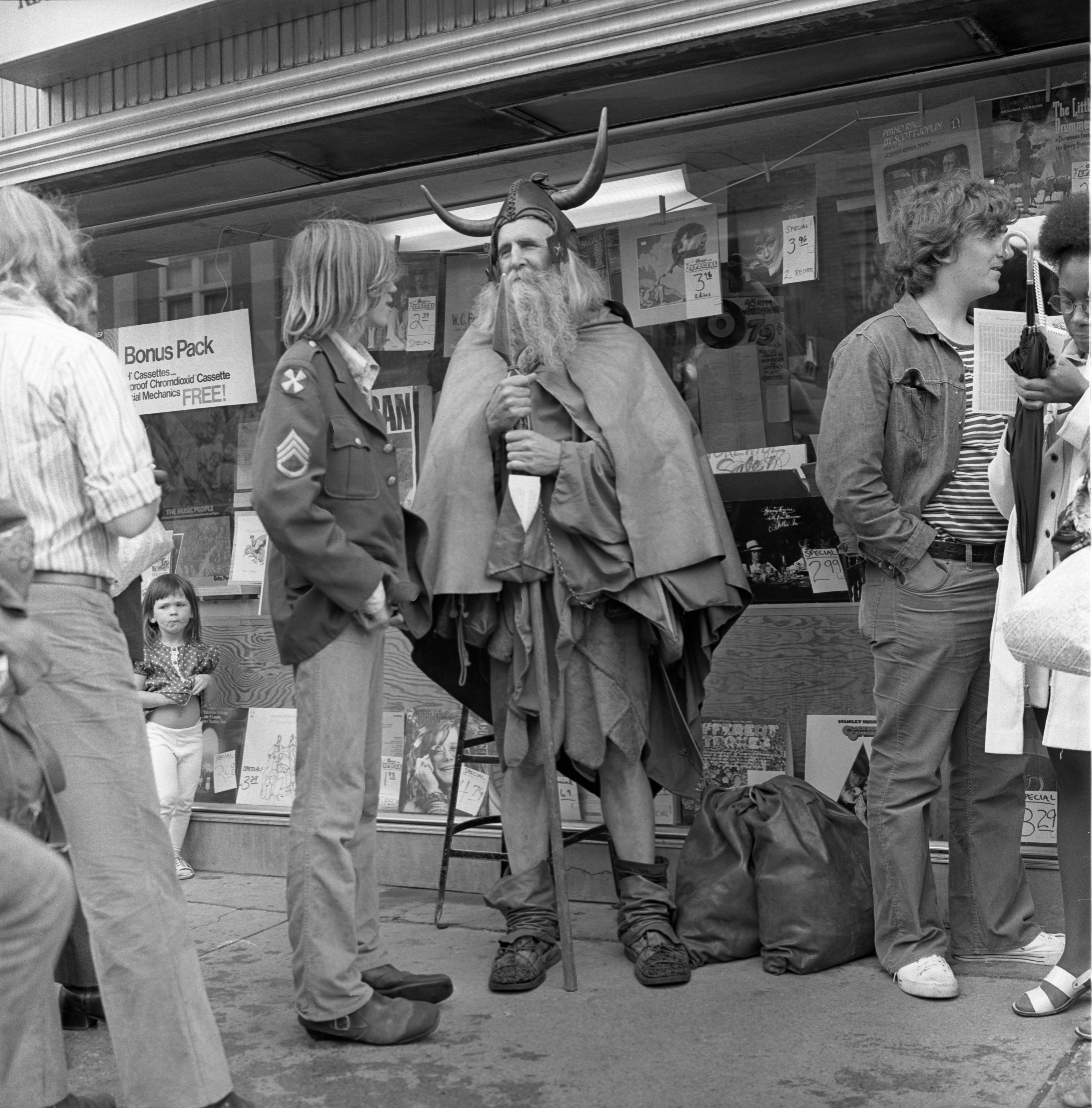 Published In
Ann Arbor News, August 8, 1972
Caption
Moondog is not in costume. A familiar figure on New York City streets, Moondog, whose real name is Louis Hardin, appeared on State and Liberty Streets Monday. The Viking-era attire he's wearing is the only clothing he owns and Moondog says he made it himself. The 56-year-old blind musician is currently hitchhiking across the country to promote the sale of his record album. Talking with him is Randy Collins.
Month
August
Year
1972
Rights Held By
Donated by the Ann Arbor News. © The Ann Arbor News.
Copyright
Copyright Protected
Related
A 'Viking' Visits