Making History/Making Blintzes: How Two Red Diaper Babies Found Each Other and Discovered America is a chronicle of the political and personal lives of progressive activists Richard (Dick) and Miriam (Mickey) Flacks, two of the founders of Students for a Democratic Society (SDS).

As active members of the Civil Rights movement and the anti-Vietnam War movement in the 1960s, and leaders in today’s social movements, their stories are a first-hand account of progressive American activism from the 1960s to the present. Throughout this memoir, the couple demonstrates that their lifelong commitment to making history through social activism cannot be understood without returning to the deeply personal context of their family history—of growing up “Red Diaper babies” in 1950s New York City, using folk music as self-expression as adolescents in the 1960s, and of making blintzes for their own family through the 1970s and 1980s. As the children of immigrants and first generation Jews, Dick and Mickey crafted their own religious identity as secular Jews, created a critical space for American progressive activism through SDS, and ultimately, found themselves raising an “American” family.

Miriam Flacks is a social activist and a researcher in biology. She is the coauthor of Children of a Vanished World.

Richard Flacks is emeritus professor of sociology at the University of California, Santa Barbara. He is also the author of numerous books, including Making History: The American Left and the American Mind.

This event includes a book signing and books will be on sale. 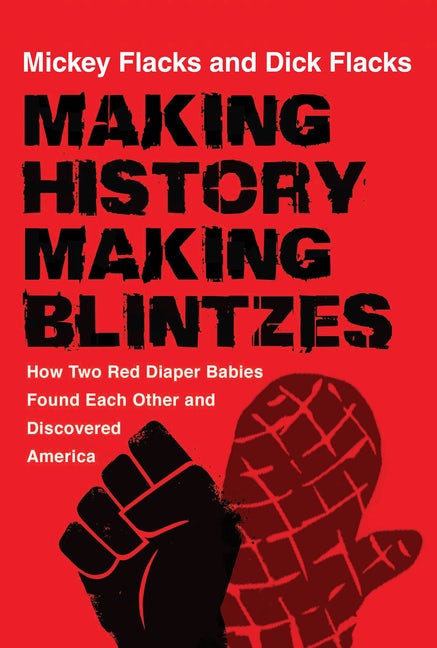