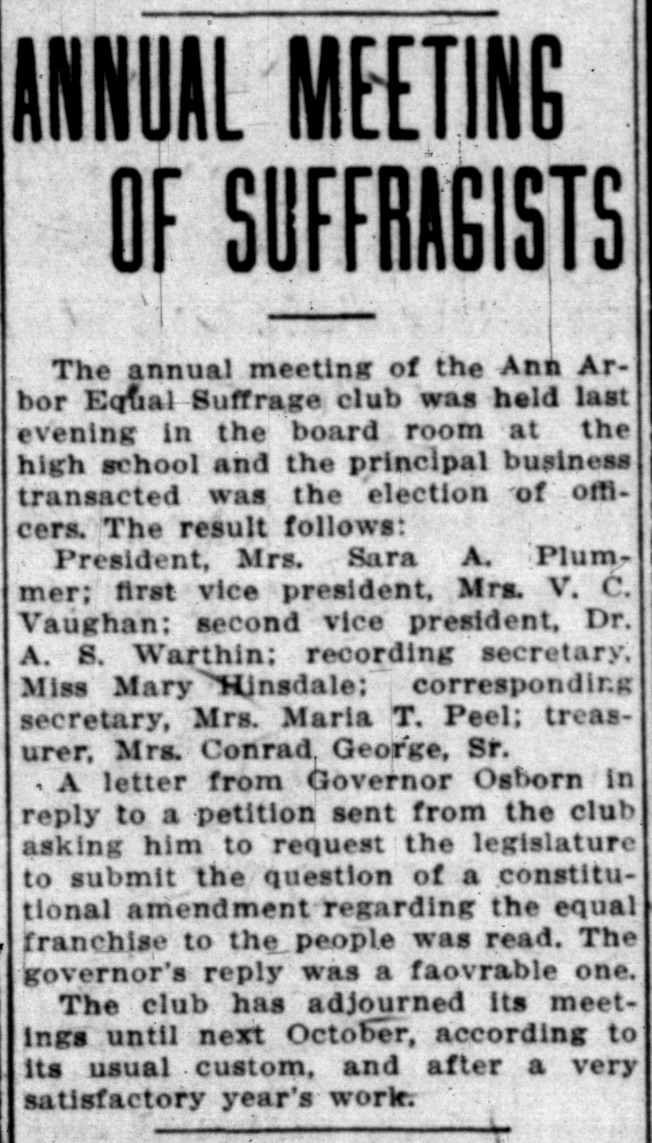 The annual meeting of the Ann Arbor Equal Suffrage club was held last evening in the board room at the high school and the principal business transacted was the election of officers. The result follows:

A letter from Governor Osborn in reply to a petition sent from the club asking him to request the legislature to submit the question of a constitutional amendment regarding the equal franchise to the people was read. The governor's reply was a favorable one.

The club has adjourned its meetings until next October, according to its usual custom, and after a very satisfactory year's work.