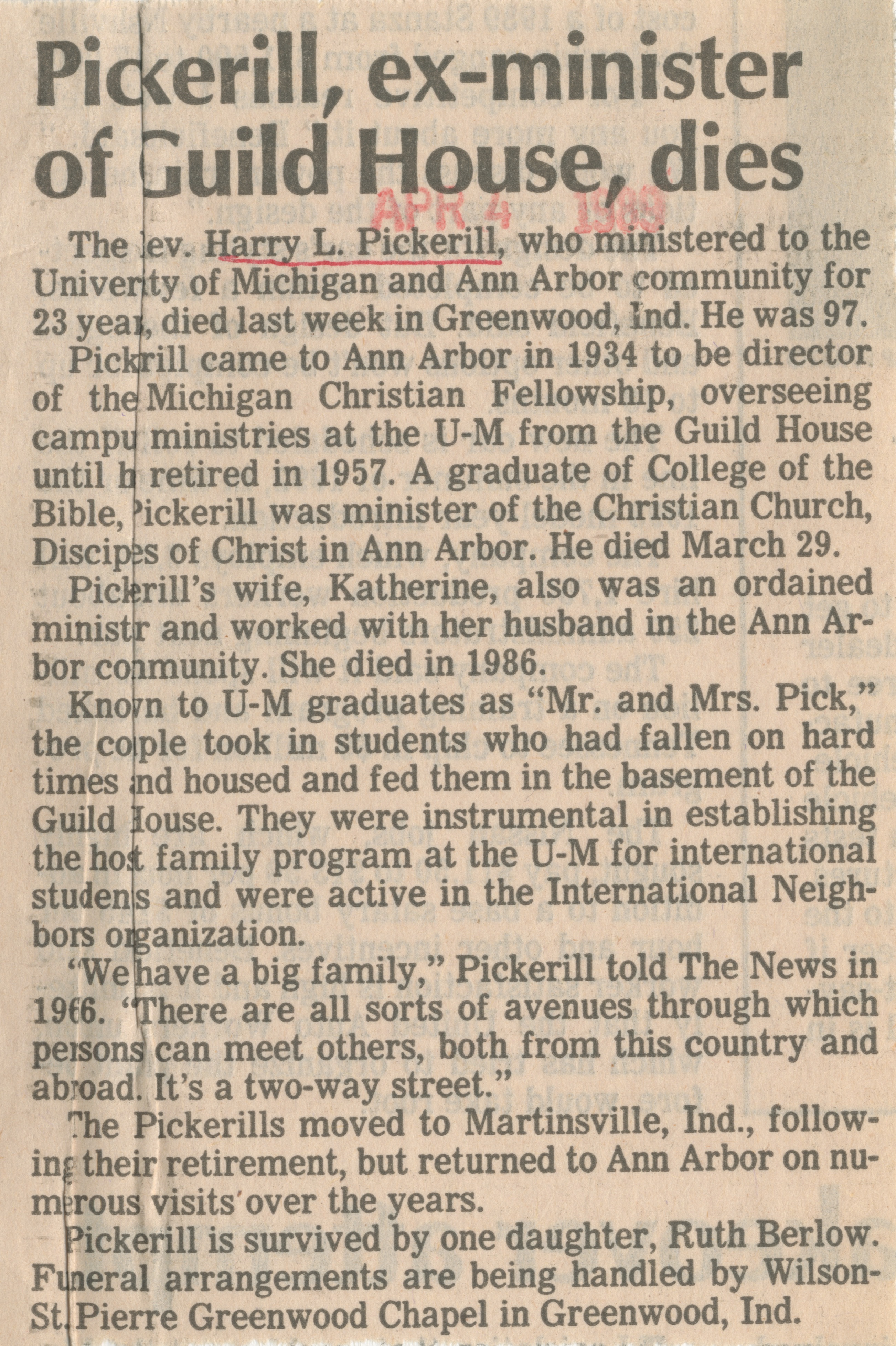 Pickerill, ex-minister of Guild House, dies
The Rev. Harry L. Pickerill, who ministered to the University of Michigan and Ann Arbor community for 23 years, died last week in Greenwood, Ind. He was 97.
Pickrill came to Ann Arbor in 1934 to be director of the Michigan Christian Fellowship, overseeing campus ministries at the U-M from the Guild House until he retired in 1957. A graduate of College of the Bible, Pickerill was minister of the Christian Church, Disciples of Christ in Ann Arbor. He died March 29.
Piclerill's wife, Katherine, also was an ordained minister and worked with her husband in the Ann Arbor community. She died in 1986.
Known to U-M graduates as “Mr. and Mrs. Pick," the couple took in students who had fallen on hard times and housed and fed them in the basement of the Guild house. They were instrumental in establishing the host family program at the U-M for international students and were active in the International Neighbors organization.
"We have a big family,” Pickerill told The News in 1986. "There are all sorts of avenues through which persons can meet others, both from this country and abroad. It's a two-way street.”
The Pickerills moved to Martinsville, Ind., following their retirement, but returned to Ann Arbor on numerous visits' over the years. - Pickerill is survived by one daughter, Ruth Berlow. Funeral arrangements are being handled by Wilson St. Pierre Greenwood Chapel in Greenwood, Ind.