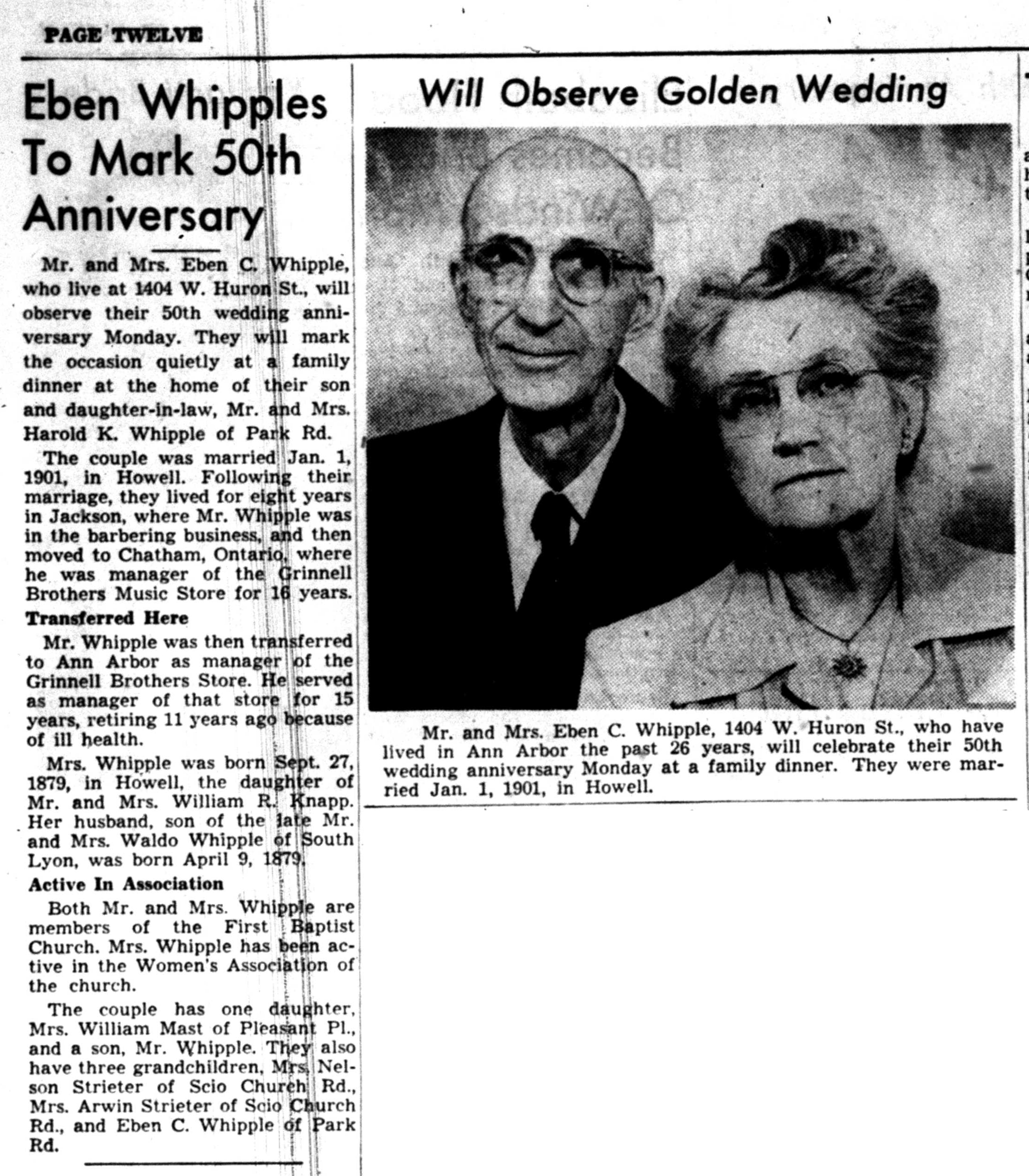 Eben Whipples To Mark 50th Anniversary
Mr. and Mrs. Eben c. Whipple, who live at 1404 W. Huron St., will observe their 50th wedding anniversary Monday. They will mark the occasion quietly at a family dinner at the home of their son and daughter-in-law, Mr. and Mrs. Harold K. Whipple of Park Rd.
The couple was married Jan. 1, 1901, in Howell. Following their marriage, they lived for eight years in Jackson, where Mr. Whipple was in the barbering business, and then moved to Chatham, Ontario, where he was manager of the Grinnell Brothers Music Store for 16 years. Transferred Here Mr. Whipple was then transferred to Ann Arbor as manager of the Grinnell Brothers Store. He served as manager of that store for 15 years, retiring 11 years ago because of ill health.
Mrs. Whipple was born Sept. 27, 1879, in Howell, the daughter of Mr. and Mrs. William R. Knapp. Her husband, son of the late Mr. and Mrs. Waldo Whipple of South Lyon, was born April 9, 1879. Active In Association Both Mr. and Mrs. Whipple are members of the First Baptist Church. Mrs. Whipple has been active in the Women's Association of the church.
The couple has one daughter, Mrs. William Mast of Pleasant Pl., and a son, Mr. Whipple. They also have three grandchildren, Mrs, Nelson Strieter of Scio Church Rd., Mrs. Arwin Strieter of Scio Church Rd., and Eben C. Whipple of Park Rd.