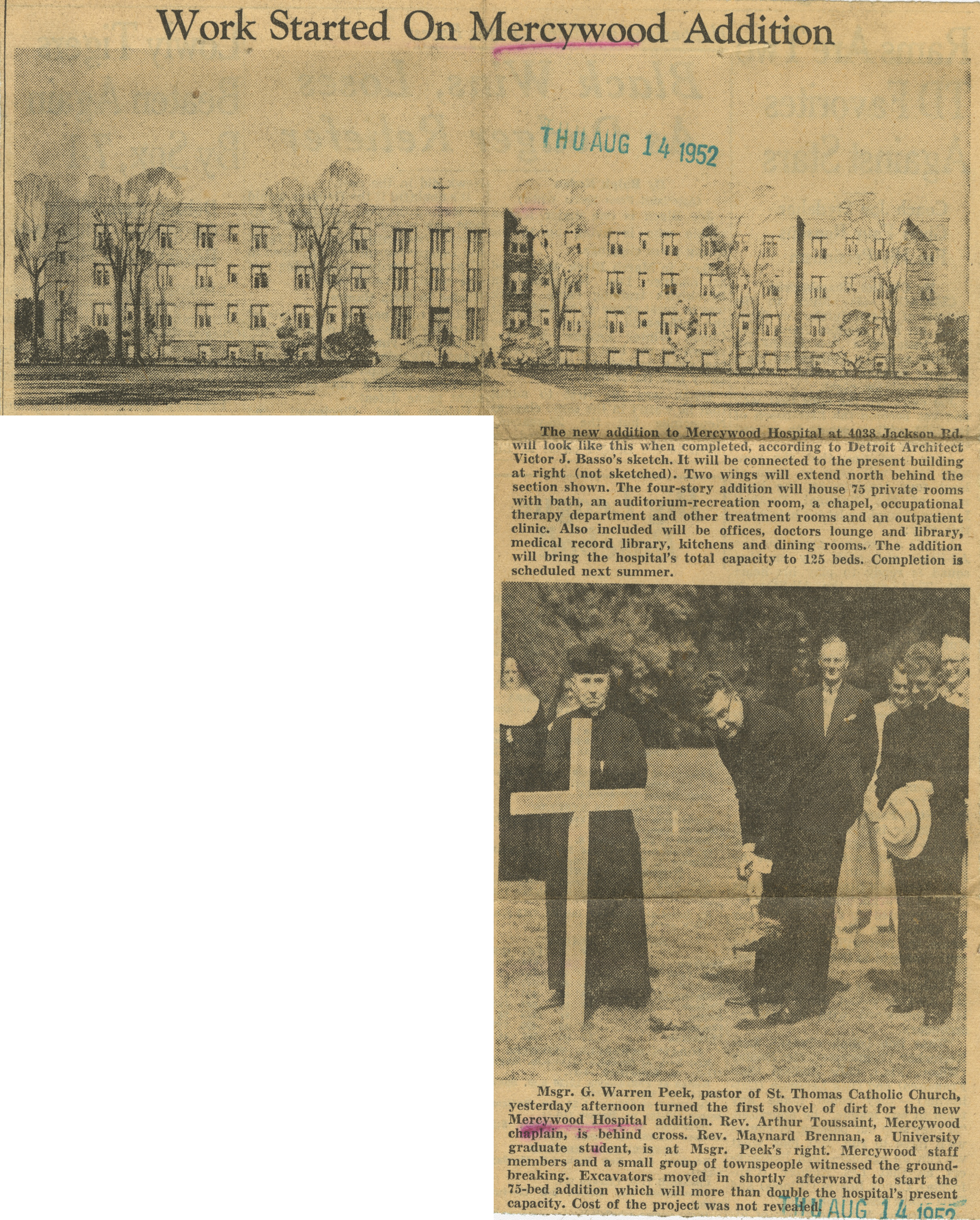 The new addition to Mereywood Hospital st. 1038. Jackson Ed. will look like this when completed, according to Detroit Architect Victor J. Basso's sketch. It will be connected to the present building at right not sketched). Two wings will extend north behind the section shown. The four-story addition will house 75 private rooms with bath, an auditorium-recreation room, chapel, occupational therapy department and other treatment rooms and an outpatient clinic. Also included will be offices, doctors lounge and library, medical record library, kitchens and dining rooms. The addition will bring the hospital's total capacity to 125 beds. Completion is scheduled next summer.