606 Foreign Students At University This Semester 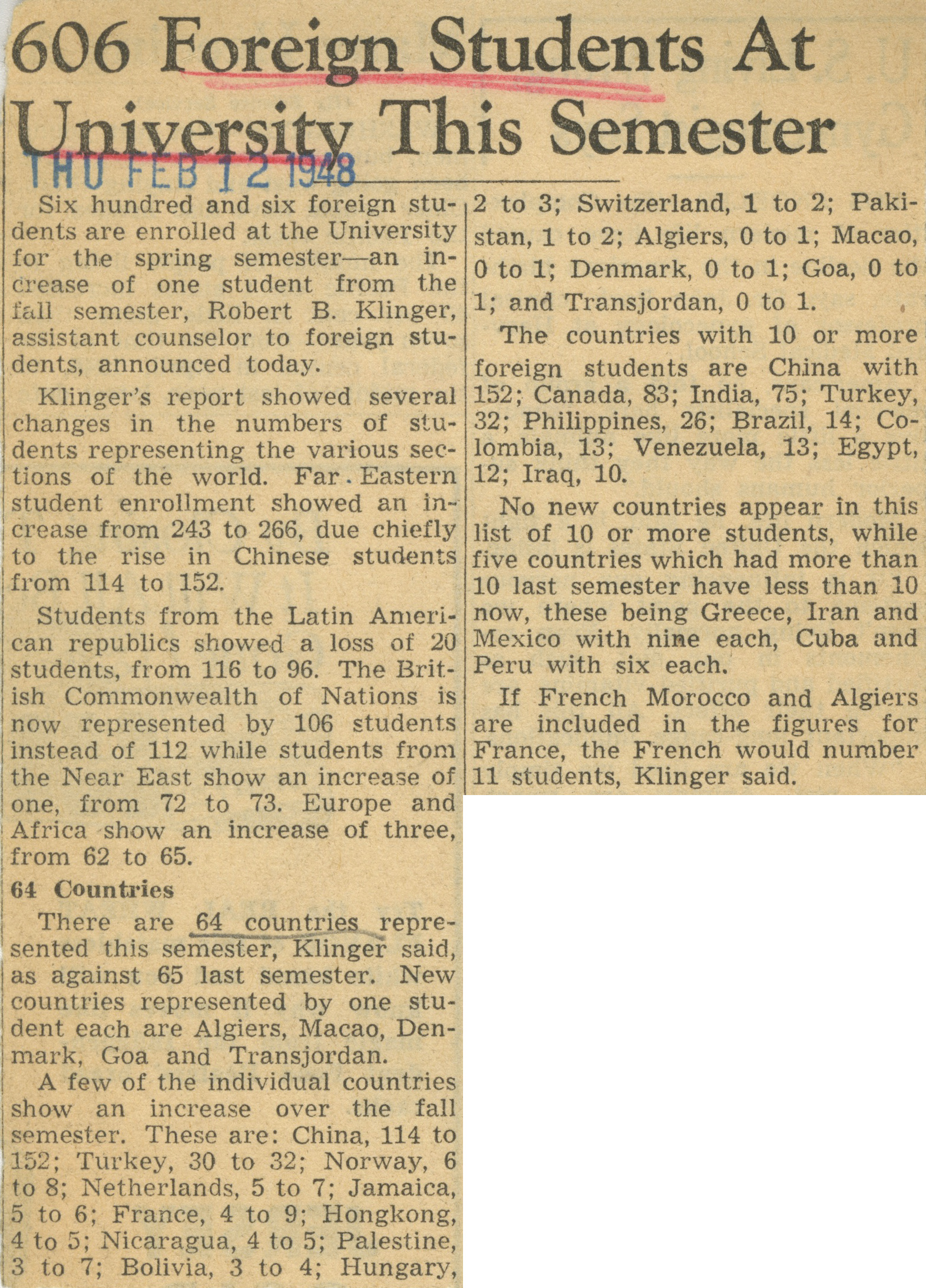 ﻿606 Foreign Students At University This Semester

Six hundred and six foreign students are enrolled at the University for the spring semester—an increase of one student from the fall semester, Robert B. Klinger, assistant counselor to foreign students, announced today.

Klinger’s report showed several changes in the numbers of students representing the various sections of the world. Far Eastern student enrollment showed an increase from 243 to 266, due chiefly to the rise in Chinese students from 114 to 152.

No new countries appear in this list of 10 or more students, while five countries which had more than 10 last semester have less than 10 now, these being Greece, Iran and Mexico with nine each, Cuba and Peru with six each.

If French Morocco and Algiers are included in the figures for France, the French would number 11 students, Klinger said.