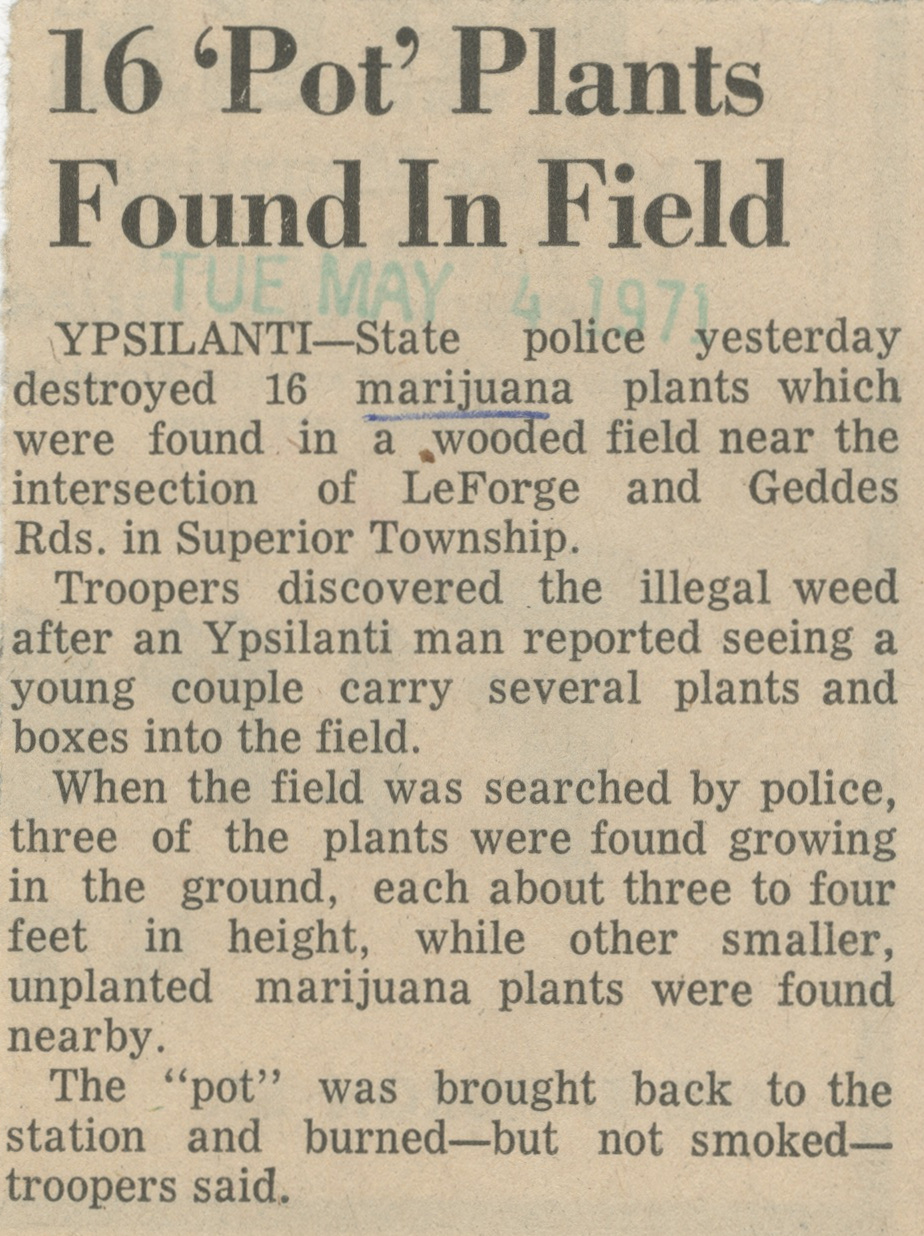 YPSILANTI—State police yesterday destroyed 16 marijuana plants which were found in a wooded field near the intersection of LeForge and Geddes Rds. in Superior Township.

Troopers discovered the illegal weed after an Ypsilanti man reported seeing a young couple carry several plants and boxes into the field.

The “pot” was brought back to the station and burned—but not smoked-troopers said.