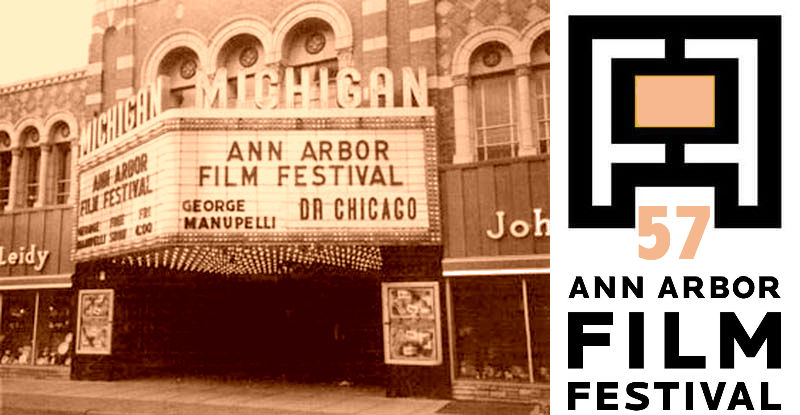 A photo of the Michigan Theater from the first Ann Arbor Film Festival in 1963. Repository: Bentley Historical Library.

The festival runs March 26-31, and below are links to each day's programming with as many trailers embedded that I could find. I'll also be updating the press section so you can keep up on the many words that the media will surely spill on this Ann Arbor institution.

Christopher Porter is a library technician the editor of Pulp.

For tickets to the Ann Arbor Film Fest, click here for individual events; for full or weekend passes, click here. Use code AAFF57_AADL to get a discount on tickets and passes. Visit aafilmfest.org for more info.