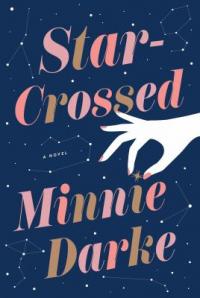 Tasmanian librarian Minnie Darke’s (Gemini) debut Star-Crossed has reviewers raving. Booklist called it “(u)tterly charming”; Library Journal thought it “(f)unny and enticing" where one woman's decision to tinker with the horoscopes of the man of her dreams has far-reaching consequences.

When Justine Carmichael (Sagittarius) ran into Nick Jordan (Aquarius) at Sydney’s Alexandria Park Market, he was dressed as a fish. A struggling actor, Nick takes on odd jobs. Childhood best friends who have been apart for 13 years, 1 month, and 3 weeks, since their (memorable) joint family vacation when they were 14,  Justine is surprised to find Nick an astrological devotee, allowing his decision-making, romantic and professional, guided solely by the horoscopes in his favorite magazine - the Alexandria Park Star where Justine works as a staff writer. As Justine tweaks the monthly Aquarius column to prompt Nick into realizing they’re meant for each other, she unknowingly sets off a chain of events with life-changing decisions for Aquarius everywhere. 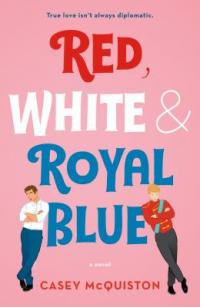 When an altercation and a ruined £75,000 cake at a royal wedding threaten an international scandal and the re-election bid of the first female president of the United States, First Son Alex Claremont-Diaz is quickly dispatched to mend U.S./British relations by staging publicity photo-ops with his archnemesis, Henry, Prince of Wales. What started as a fake friendship grows deeper, and more dangerous, than either could have imagined.  The pair (with the help of families and loyal staff) manages to meet at Wimbledon, a Texas ranch, and at a West Hollywood karaoke bar until a hacked White House server forces them to make an impossible decision.

“Although Alex and Henry’s relationship is the heart of the story, their friends and family members are all rich, well-drawn characters, and their respective worlds feel both realistic and larger-than-life. A clever, romantic, sexy love story.” (Kirkus Reviews)

“Effervescent and empowering on all levels, Red, White & Royal Blue is both a well-written love story and a celebration of identity.” (NPR Review)