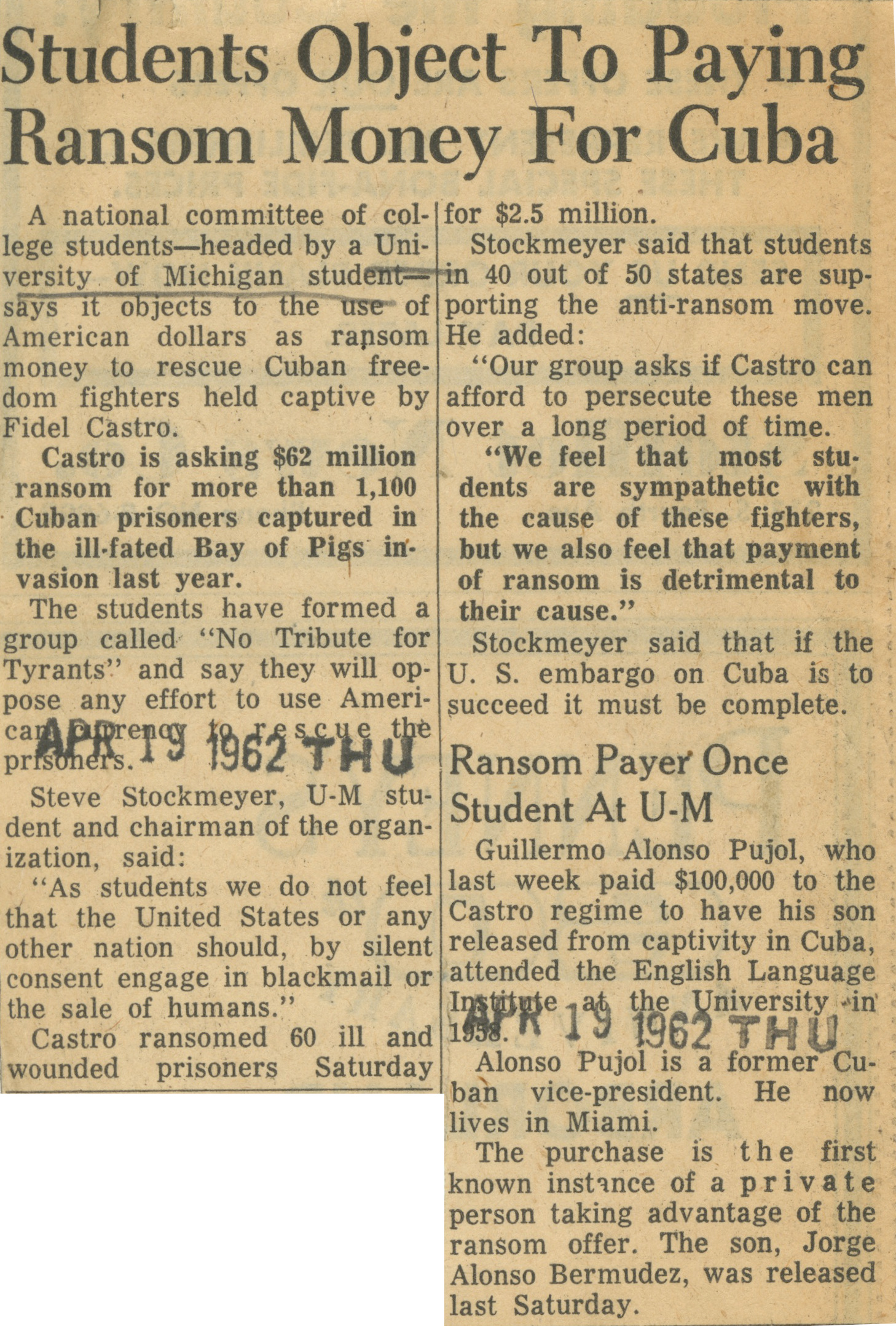 A national committee of college students—headed by a University of Michigan student--says it objects to the use of American dollars as ransom money to rescue Cuban freedom fighters held captive by Fidel Castro.

Castro is asking $62 million ransom for more than 1,100 Cuban prisoners captured in the ill-fated Bay of Pigs invasion last year.

The students have formed a group called “No Tribute for Tyrants” and say they will oppose any effort to use American currency to rescue the prisoners.

Steve Stockmeyer, U-M student and chairman of the organization, said:

“As students we do not feel that the United States or any other nation should, by silent consent engage in blackmail or the sale of humans.”

Stockmeyer said that students in 40 out of 50 states are supporting the anti-ransom move. He added:

“Our group asks if Castro can afford to persecute these men over a long period of time.

“We feel that most students are sympathetic with the cause of these fighters, but we also feel that payment of ransom is detrimental to their cause.”

Stockmeyer said that if the U. S. embargo on Cuba is to succeed it must be complete.

Ransom Payer Once Student At U-M

Guillermo Alonso Pujol, who last week paid $100,000 to the Castro regime to have his son released from captivity in Cuba, attended the English Language Institute at the University in 1958.

Alonso Pujol is a former Cuban vice-president. He now lives in Miami.

The purchase is the first known instance of a private person taking advantage of the ransom offer. The son, Jorge Alonso Bermudez, was released last Saturday.