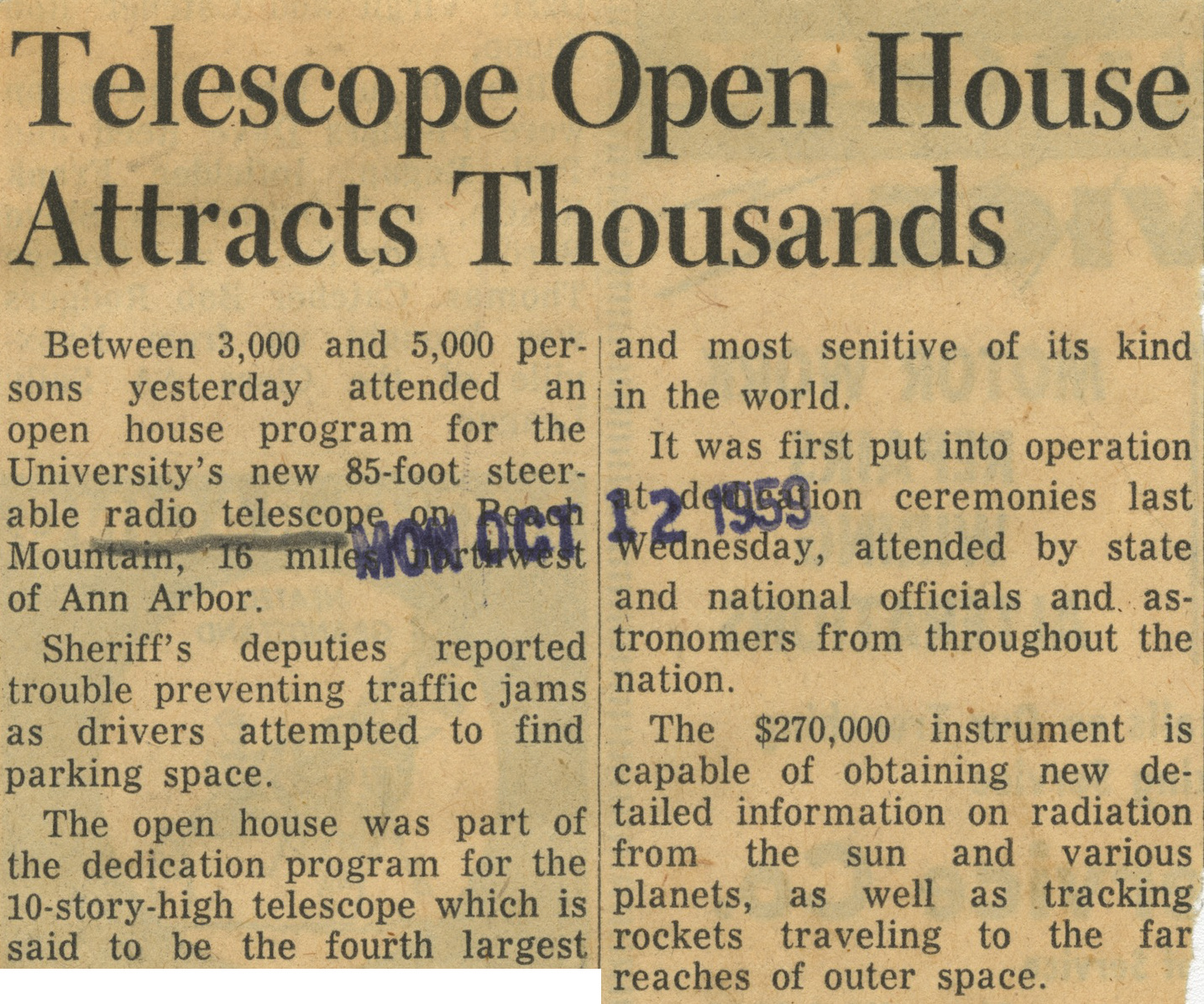 The open house was part of the dedication program for the 10-story-high telescope which is said to be the fourth largest and most sensitive of its kind in the world.

It was first put into operation at dedication ceremonies last Wednesday, attended by state and national officials and astronomers from throughout the nation.

The $270,000 instrument is capable of obtaining new detailed information on radiation from the sun and various planets, as well as tracking rockets traveling to the far reaches of outer space.