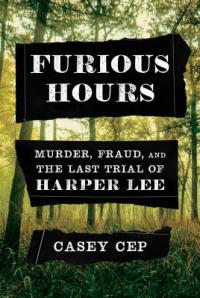 Among Harper Lee's abandoned works is a manuscript called The Reverend, a true crime story surrounded by facts so strange you couldn’t make them up.

Over the course of several years in 1970s rural Alabama, Reverend Willie Maxwell murdered five family members on whom he had taken out multiple life insurance policies. In the end, only two of the deaths could be declared homicides and Maxwell could not be tried for the second because he was murdered at the funeral of his last victim. How Maxwell killed his victims and what he did with the insurance money are still mysteries. The twist, however, is that Tom Radney, the lawyer who defended Maxwell in a criminal trial and a host of insurance claim disputes, went on to also successfully defend Maxwell’s murderer.

When Harper Lee heard about the Maxwell case, she traveled from New York to Alabama to gather as much evidence about it as possible. Having helped Truman Capote conduct interviews and prepare materials for In Cold Blood, Lee was the perfect person to write about this bizarre case, which took place only 150 miles from where she grew up. However, her years of work on the book disappeared, leaving a trail of clues as puzzling as Reverend Maxwell’s.