Now that we are squarely in the middle of the DOG DAYS of summer it’s time to get even doggier with this week’s Buddy System badge!

This badge has been awarded to 468 players

I'm having a difficult time…

I'm having a difficult time completing the final clue, as the exact breed of Einstein is unknown. I haven't had much luck plugging in various guesses from the internet. There are also many long-coated herding breeds, so the hint hasn't been helpful for me. Could I please have some help?

There's a wiki fandom page for Einstein that DOES list his breed. Also the hint is VERY key. The capitalized word is a reference to another famous movie dog who is the SAME breed as Einstein. Lastly, the hint mentions an additional dog breed that herds a particular animal. This animal plus the word DOG is the breed you need. Thanks for playing!

I still had a difficult time…

I still had a difficult time with the last one, even with this extra hinting here. According to https://backtothefuture.fandom.com/wiki/Einstein, "His exact breed is under debate by fans; common theories suggest a mixed-breed, a Berger Picard, a Briard with uncropped ears, or a breed of sheepdog." The hint being "The dog breed name is the same as what the border collies do but SHAGGY", I thought "herding" and tried for variations on "Shaggy Herding Dog," and googled that. That hint on its own doesn't point toward an animal border collies herd: it says the same as what they DO. Seeing your answer here, I checked & _The Shaggy Dog_ movie's dog was a bearded collie--- at least in the most recent film by that name. Turns out the 1959 one had a different breed, which is maybe what a border collie IS, but not what it does. All this to say, this clue is at best misleading & no-fun confusing, even including the hint, and even including your answer about the hint. 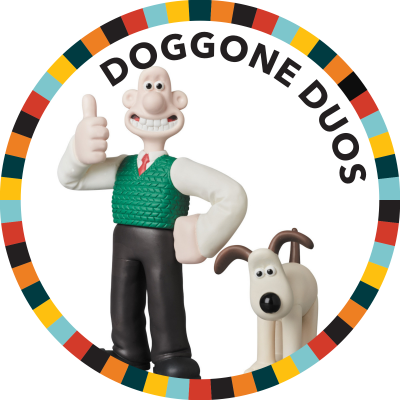