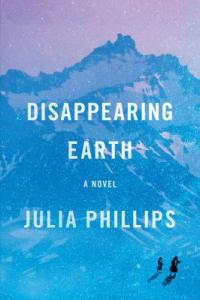 On an August afternoon, sisters Sofia (8), and Alyona(11) vanished from a public beach in Petropavlovsk-Kamchatsky. A witness described seeing them with a man in a shiny black car, but in the ensuing weeks, the police investigation turned up nothing. The case paralleled the disappearance of an 18 year-old Native girl 3 years ago, officially ruled as a runaway. Over the course of the next year, we met the women connected by the 2 incidents - a reindeer herder’s daughter at university in the capital; a policeman’s wife; the journalist/mother of the missing sisters; a Native woman whose teenage daughter also disappeared.

“In fresh and unpredictable scenes depicting broken friendships and failed marriages, strained family gatherings, and rehearsals of a Native dance troupe, Phillips’ spellbinding prose is saturated with sensuous nuance and emotional intensity, as she subtly traces the shadows of Russia’s past and illuminates today’s daunting complexities of gender and identity, expectations and longing.” (Booklist) 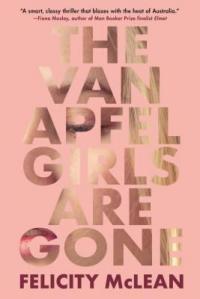 The Van Apfel Girls Are Gone * by Felicity McLean

In the long, hot summer of 1992, the Van Apfel sisters -- Ruth, Hannah, and the beautiful Cordelia, mysteriously disappeared from their home in the Sydney suburb. Though Ruth was eventually found dead, the disappearance of Hannah and Cordelia was never solved. Eleven year-old Tikka Malloy and her older sister, Laura, have been haunted ever since by the loss of their friends.

Twenty years later, Tikka, now living in Baltimore, returns home to see Laura, recently diagnosed with cancer, and is immediately drawn back into the mystery.  “Through conversations with Laura, neighbors, and her parents, Tikka stumbles upon painful feelings of guilt, hidden secrets and scandals, and memories better left forgotten ... (that) lies hidden behind the cheerful facade of suburbia. This debut, part coming-of-age story and part crime thriller, is both forceful and unnerving.“ (Publishers Weekly)