Fabulous Fiction Firsts #713, “I blame Hollywood for skewing perspectives. Life is just a big romantic comedy to them, and if you meet cute, happily ever-after is a foregone conclusion.” ~ Jonathan Tropper 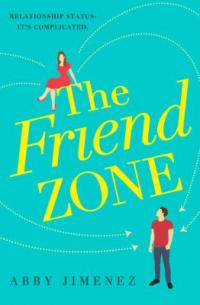 In The Friend Zone * *  by Abby Jimenez, Josh Copland literally ran into Kristen Peterson with his truck. Spilled coffee and a borrowed shirt later, Kristen realized Josh is the new firefighter in her station, and best man to her maid of honor at their best friends’ wedding.  Funny, sexy, handy, and totally gets her, sarcasm and snarkiness notwithstanding, Kirsten is determined to keep Josh firmly in the friend zone, especially now that her boyfriend Tyler is returning home from a 2-year deployment, and moving in with her. Besides, Josh’s plan for a big family is a nonstarter for Kristen. All reasoning aside, the attraction between them is undeniable.

“Jimenez manages to fulfill all expectations for a romantic comedy while refusing to sacrifice nuance. Biting wit and laugh-out-loud moments take priority, but the novel remains subtle in its sentimentality and sneaks up on the reader with unanticipated depth.“ (Publishers Weekly) 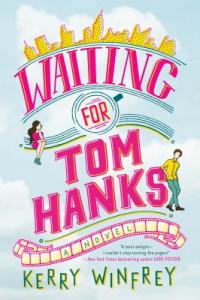 YA author Kerry Winfrey’s first title for adults Waiting for Tom Hanks*  is set in Columbus, Ohio where rom-com obsessed Annie Cassidy dreams of being the next Nora Ephron while freelance writing internet content (diaper rash, hemorrhoids), and binge watching Sleepless in Seattle. 29 and still living in her childhood home with her Uncle Don, who moved in to take care of her when her mother died, Annie is waiting for her own Tom Hanks.

When a high-profile director starts filming a rom-com in her neighborhood, Don manages to get her a job on the set. Annie’s first encounter with the lead actor Drew Danforth - a cocky Hollywood bad-boy, involves a cup of spilled coffee and snarky exchanges - definitely not the meet-cute she has been dreaming of, yet Annie finds herself drawn to him. “The chemistry between Annie and Drew is irresistible, and the plot's many moving pieces add complexity.” (Publishers Weekly).

“Winfrey's sweet, hilarious novel is full of klutzy and charming characters, heartwarming moments, and laugh-out-loud one-liners. This quick read is sure to delight readers looking for an escape of everyday life, especially fans of Mary Ann Marlow and Helena Hunting (including Meet Cute, 2019).” (Booklist)