Wookiee of the Year

RAWRGWAWGGR! GGWWWRGHH. GGGWARRRHHWWWW!!! Not quite sure what all that means? Neither do we! But Han Solo probably does! That's because these are 100% approximate quotes of Chewbacca's lines from the Star Wars film franchise and Han is way better at translating Shyriiwook than we are. They make a great team! Chewie's voice was a combination of recordings of various animals - some bears, a lion, maybe a camel or a badger depending on who you ask, and a large, tusked, beach-basking mammal by the scientific name of Odobenus rosmarus. Find the common name of that animal and look for one in the catalog!

This badge has been awarded to 380 players 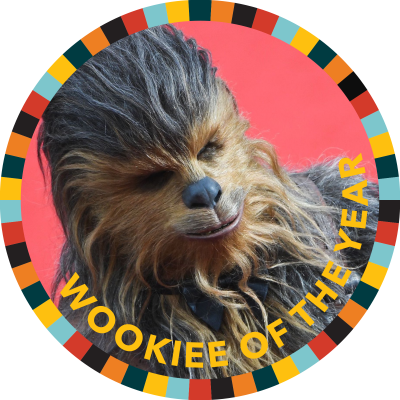