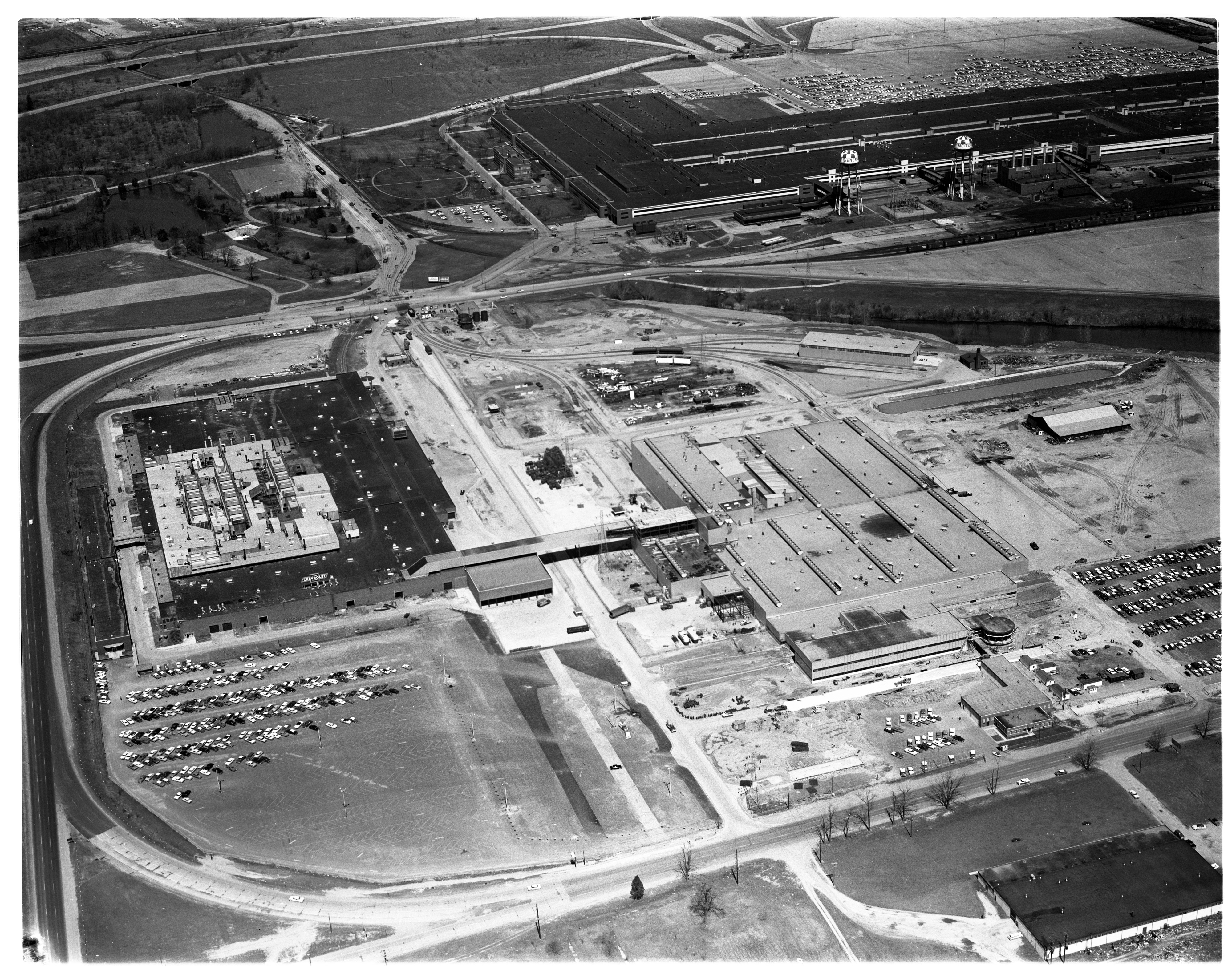 Published In
Ann Arbor News, May 22, 1959
Caption
Smaller-Car Factory Site: This is an aerial view of the new, multi-million dollar General Motors Corp. plant at Willow Run. An announcement from GM today was expected to end widespread speculation for the past 13 months that the auto firm would make a small type car, and that it would be produced at Willow Run east of Ypsilanti. The new assembly plant (1) is directly east of and connected to the former Chevrolet Truck Plant (2). A railroad siding (3), expanded at a cost of nearly $300,000, will service the new plant and now has a capacity for storing up to 125 box cars. GM's "first" plant at Willow Run is the former Ford Bomber Plant (4) which General Motors purchased five years ago for its Detroit Transmission Division.
Month
April
Year
1959
Rights Held By
Donated by the Ann Arbor News. © The Ann Arbor News.
Copyright
Copyright Protected