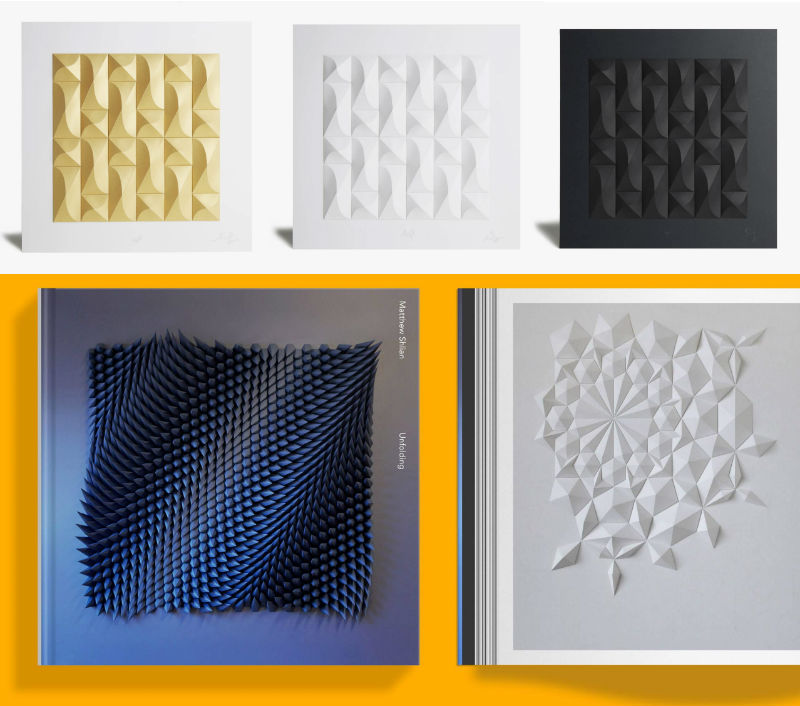 I'm not a clumsy person -- in fact, I'm kinda athletic.

But I have the spatial awareness of a toddler.

I often have a hard time visualizing how something is created if I'm trying to replicate that thing from written instructions, a diagram, or a video. My brain doesn't translate the info in a way that my fumbling hands can follow.

The Ann Arbor-based artist has the remarkable ability to build stunning 3D paper sculptures that undulate, pop, jab, and ripple. He creates his art by gluing together small pieces of paper and then affixing them in patterns that create the illusion of movement. Shlian's deep understanding of spatial relationships and shading allows him to create complex patterns that still seem minimalist.

Since 2011, Shlian has distributed many of his limited edition works through Ghostly International, which is best known for releasing electronic music but it's also had many partnerships with artists and companies to create branded pieces that run from shoes to a custom video-game console, as well as unbranded fine art from Andy Gilmore, Brandon Locher, and Langdon Graves.

Omoplata is Shlian's latest series promoted by Ghostly, and despite the artworks' delicate look, the design was inspired by a tricky submission move in Brazilian jiu-jitsu:

I made the series thinking about what happens when one sets of curves interlocks on another set of curves -- one on one axis and another on a second axis -- how those shapes would stop each other from turning. I am not a Brazilian jiu-jitsu student (at all), but while watching MMA, they described a submission where you lock your opponent's arm using your legs, and a twisting motion locks it in place. It occurred that I was doing something similar with the shapes. 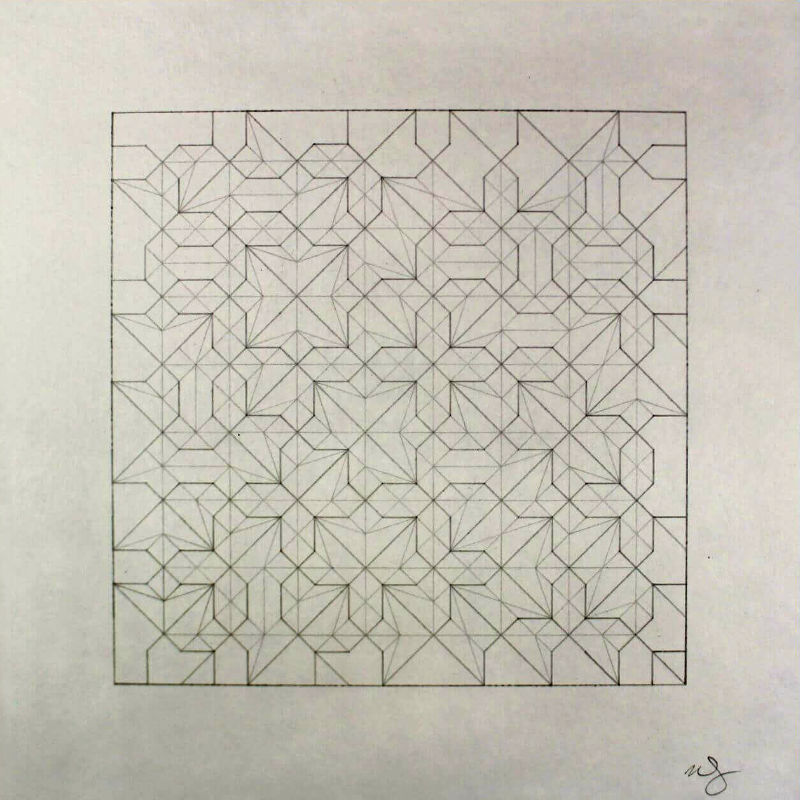 Limited edition print for a special edition of Unfolding. The piece is part of Shlian's Ara series, which was a co-study with scientists of forms in Islamic tile, tessellating patterns, and examining nano-scale structures.

If you want a large overview of Shlian's work, there's a forthcoming book called Unfolding that's scheduled for release in fall 2020. This museum-quality publication is a complete documentation of Shlian's art over the past decade -- including small and large works, collaborations with scientists at the University of Michigan, three-dimension reliefs, and sculpture -- alongside an interview with the artist and essays by writer Lawrence Weschler and Islamic design scholar Eric Broug.

As part of an early funding campaign for the book, Ghostly participated in creating special editions of Unfolding that variously come with a print, 3D art piece, and/or a 7-inch record by Ann Arbor-fueled musicians Dabrye and Shigeto. These limited editions are sold out, but you can pre-order the standard version of Unfolding for £40 (around $52) at the publisher's website.

If you're curious how Shlian creates his art, he has many demonstration videos on his website and there's a mini-doc embedded midway down the fundraising campaign site that explains his work. Additionally, here's a short video on Shlian that Ghostly created in 2011:

As you view videos featuring Shlian's remarkable fine-motor skills and resplendent art, I going to try and hang a photo by hammering a nail without smashing all my fingers or creating an unintended portal in the drywall.