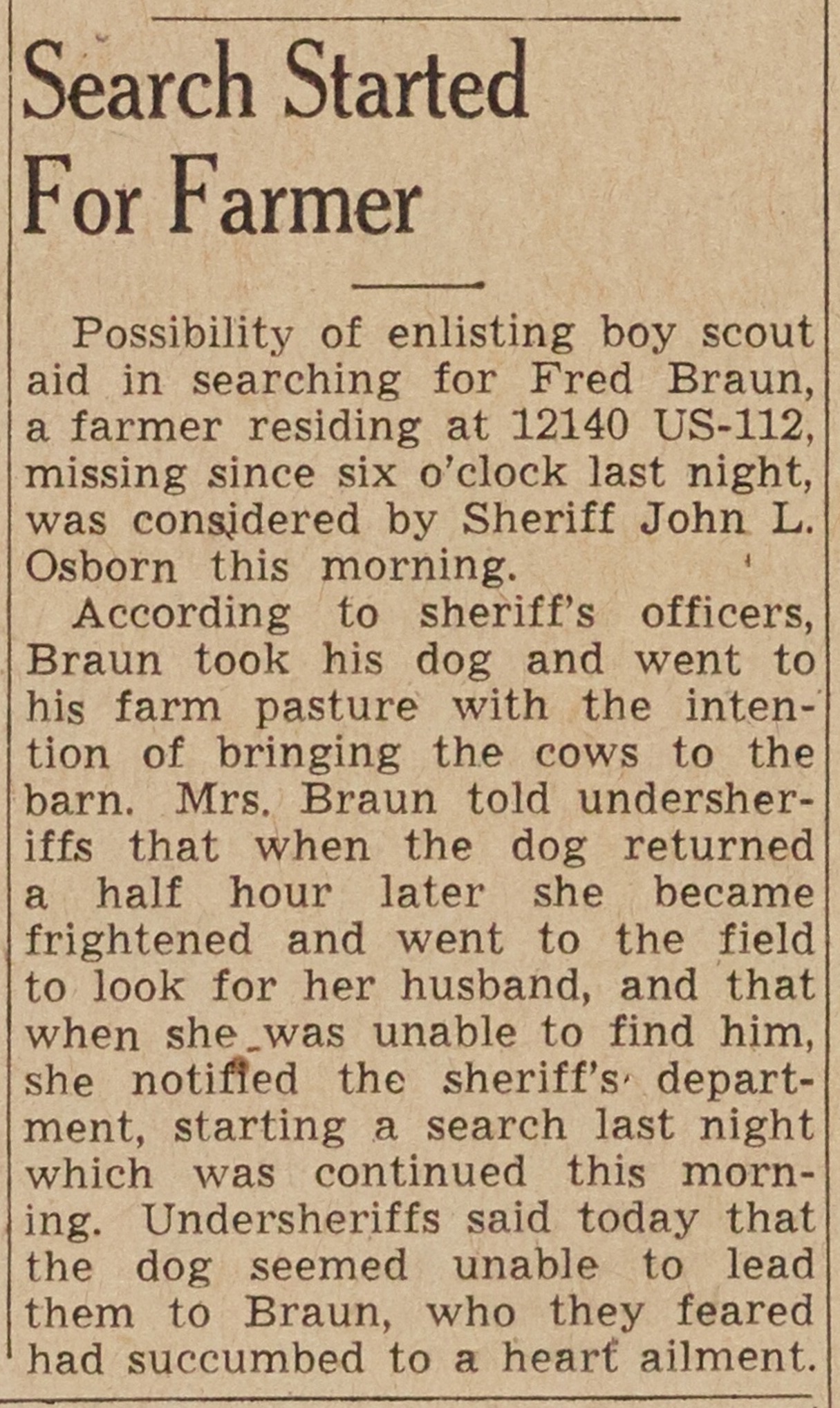 Possibility of enlisting boy scout aid in searching for Fred Braun, a farmer residing at 12140 US-112, missing since six o’clock last night, was considered by Sheriff John L. Osborn this morning.

According to sheriff's officers, Braun took his dog and went to his farm pasture with the intention of bringing the cows to the barn. Mrs. Braun told undersheriffs that when the dog returned a half hour later she became frightened and went to the field to look for her husband, and that when she was unable to find him, she notified the sheriff’s department, starting a search last night which was continued this morning. Undersheriffs said today that the dog seemed unable to lead them to Braun, who they feared had succumbed to a heart ailment.