One Of England's Perils 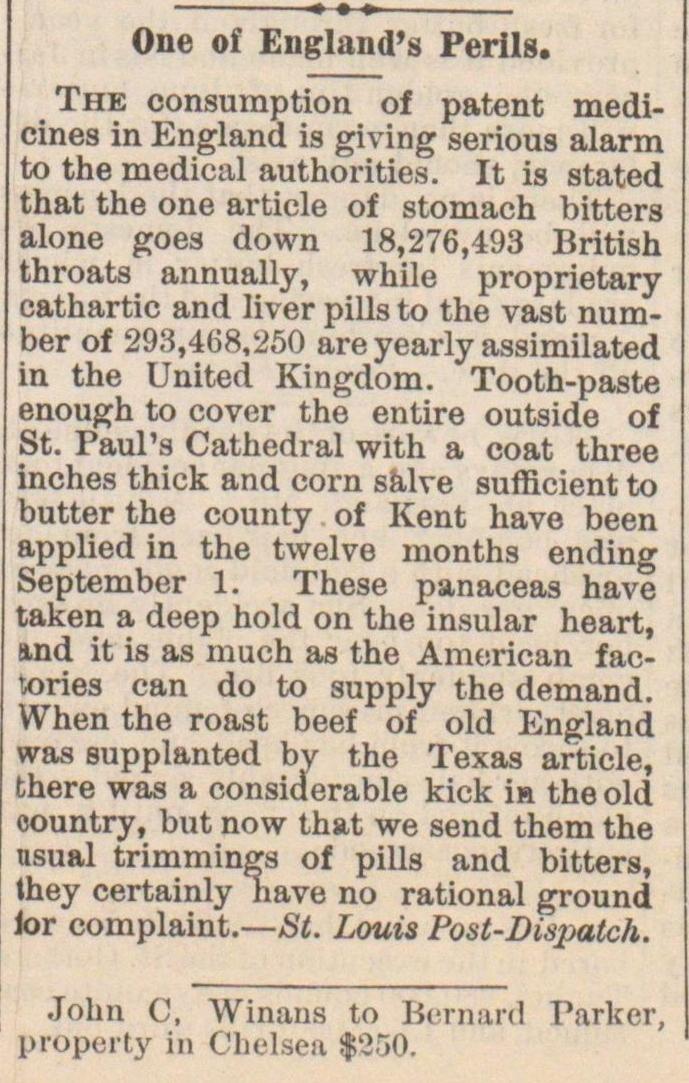 The consumption of patent medicines in England is giving serious alarm to the medical authorities. It is stated that the one article of stomaoh bitters alone goes down 18,276,493 British throats annually, while proprietary cathartic and liver pills to the vast number of 293,468,250 are yearly assimilated in the United Kingdom. Tooth-paste enough to cover the entire outside of St. Paul's Cathedral with a coat three inches thick and corn salve sufficient to butter the county of Kent have been applied in the twelve months ending September 1. These panaceas have taken a deep hold on the insular heart, a.nd it is as much as the American faetones can do to supply the demand. When the roast beef of old England was supplanted by the Texas article, there was a considerable kick in the old ountry, but now that we send them the usual trimmings of pills and bitters, hey certainly have no rational ground lor complaint.- St. Louis Post-Dispatch. John C, Winans to Bernard Parker, propeity in Cbelsea $250.