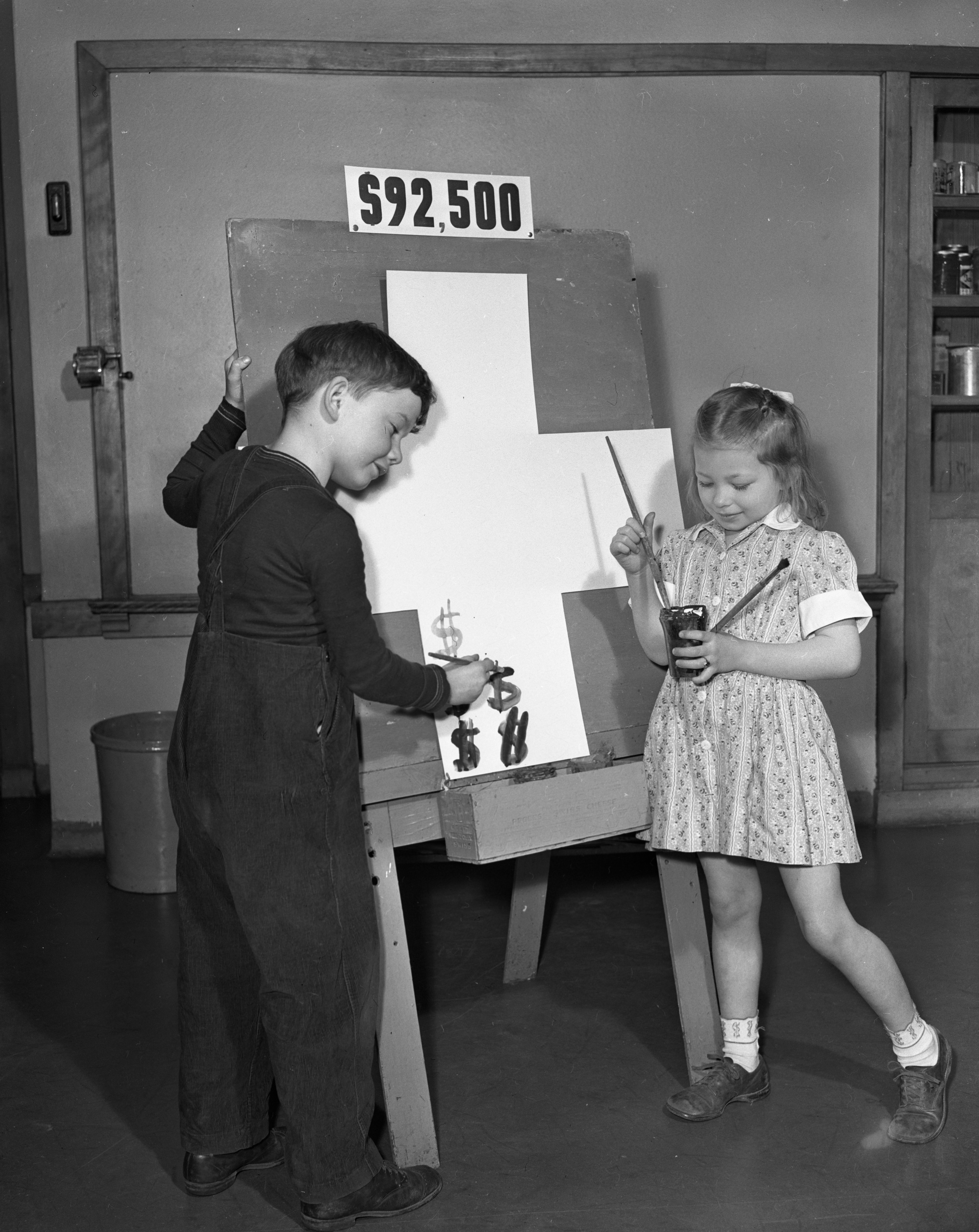 Published In
Ann Arbor News, March 4, 1944
Caption
Laddie Ann Arbor and Lassie County are still awaiting a rush time in marking up Red Cross Fund returns from Washtenaw County. They are like reporters on election night waiting for the official figures--they know Red Cross Dollars have been given in large numbers but the official reports have not yet come in to Red Cross campaign headquarters. So they can't be marked up. Next week solicitors who have been concentrating on securing donations are expected to begin turning in their reports more rapidly--even if the reports are not complete. Then Laddie and Lassie will be kept hustling placing "$" signs on the Cross, each "$" sign representing $2,000 toward Washtenaw county's "$92,500 quota. Unoffical word form solicitors, both in Ann Arbor and in the county outside Ann Arbor, is to the effect that donations are coming strongly, that public-minded citizens are eager to support the Red Cross and to have an active part in its far-flung operations. Today's official audit shows that $8,973.60 has thus far been turned in from Ann Arbor solicitation. No officials' reports have yet been received from outside towns and rural districts. But both Laddie Ann Arbor and Lassie County better get a good week-end rest, because they have busy times ahead. The Red Cross Fund is on the march!
Month
March
Year
1944
Rights Held By
Donated by the Ann Arbor News. © The Ann Arbor News.
Copyright
Copyright Protected
Related
Soon They'll Come Faster!