Due to circumstances beyond our control, this event has been canceled. We apologize for the inconvenience.

The Great Lakes region contains some of Earth’s oldest rocks as well as some of its youngest geologic features. Great Lakes Rocks: 4 Billion Years of Geologic History in the Great Lakes Region tells this 4 billion-year history starting with the hills, lakes and rivers that we see today and moving back in time through the advance and retreat of the glaciers, the formation of tropical seas and reefs, the rifting that almost split North America into two parts, and ending with the volcanism and mountain building that made one of Earth’s earliest continents. This history includes strange iron-rich and salt-rich oceans, an immense meteorite impact, a super-giant lava flow, and many ore deposits that lured early European settlers into the area. It also helps us predict the geologic future of the Great Lakes region, which will likely include earthquakes, meteorite impacts, changes in our rivers, lakes, and waterfalls and, most of all, in our climate. At this event, Stephen Kesler will showcase rock samples from around the Great Lakes.

Steve Kesler earned a PhD in geology from Stanford University and has taught at Louisiana State University, University of Toronto, Instituto de Recursos Norenovables (Mexico) and University of Michigan. Since joining U-M in 1977, he and many students have gone on field trips over most of the Great Lakes region. In addition to Great Lakes Rocks, he has co-authored several other recent books including Mineral Resources, Economics and the Environment; Metals and Society; and Future Global Mineral Resources.

This event is in partnership with the University of Michigan Press and includes a signing with books for sale. 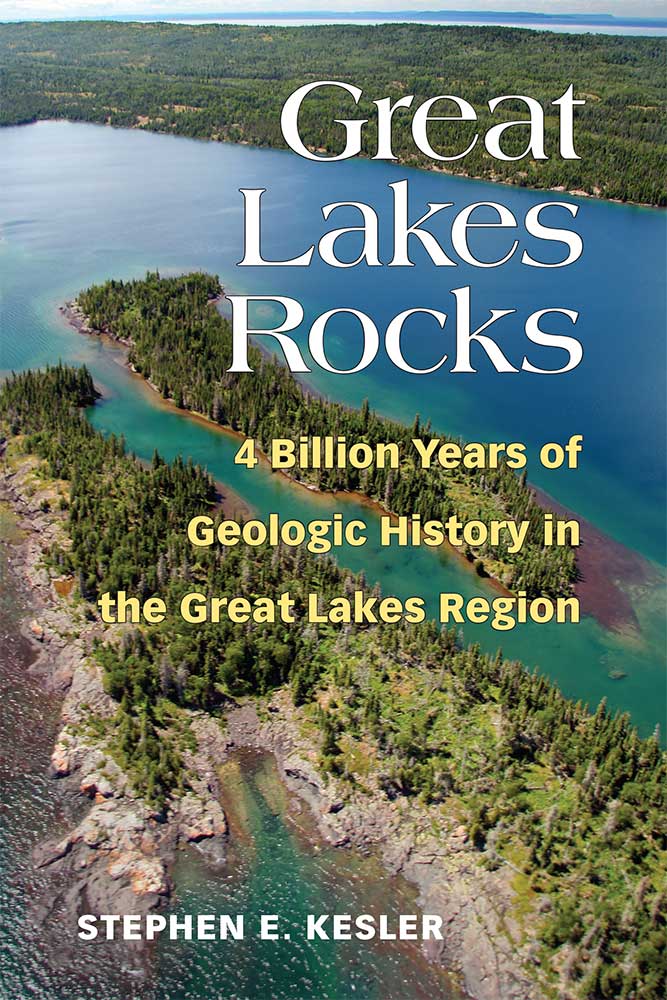