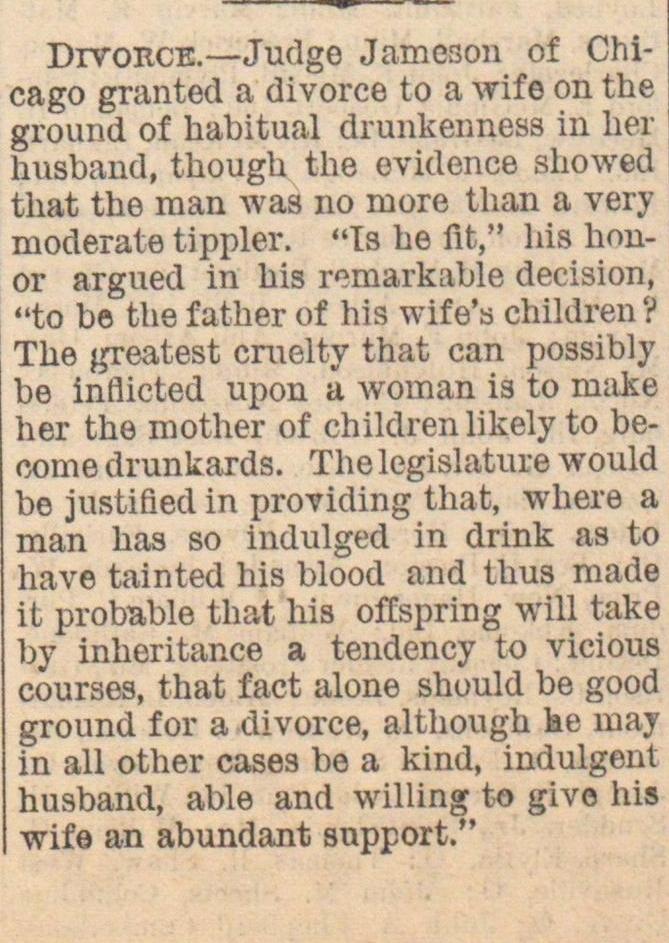 Jurige Jamcson of cago granieu a uivorcu iu a wno uu iuc ground of habitual drunkeimess in her husband, thougb the evidence showed that the man was no more than a very moderate tippler. "ís he flt," bis honor argued in his romarkable decisión, "to be the father of his wife's children? The greatest cruelty that can possibly be ínflicted upon a woman is to rnake lier the mother of children likely to beoome drunkards. The legislature would be justifled in proriding that, where a man has so indulged in drink as to have tainted his blood and thus made it probable that his offspring will take by inheritance a tendency to vicious courses, that fact alone should be good ground for a divorce, although ke rnay in all other cases be a kind, indulgen! husband, able and willing to give his wife an abundant support."