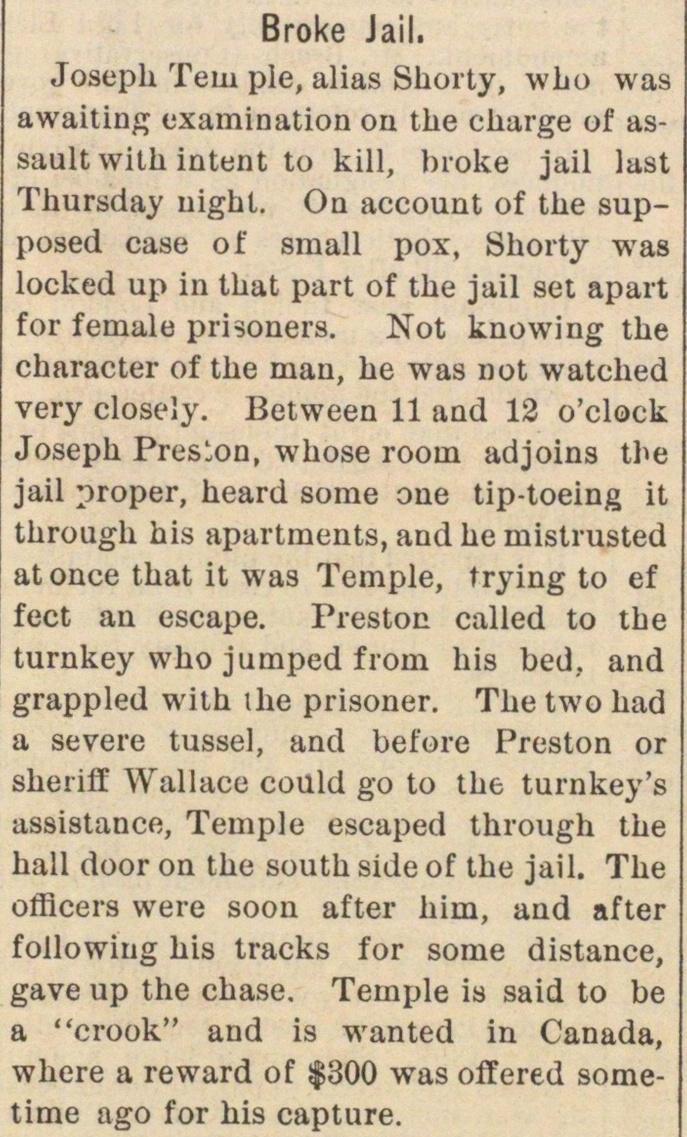 Josepli Tem pie, alias Shorty, wliü wa9 awaiting examination ou the charge of assault with intent to kill, Inoke jail last Thursday uight. Oq account of the supposed case of sraall pox, Shorty was locked up in that part of the jail set apart for female prkoners. Not knowing the character of the man, he was not watched very closeiy. Between 11 and 12 o'clock Joseph Preston, whose room adjoins the jail proper, heard some one tip-toeing it through his apartments, and he mistrusted at once that it was Temple, trying to ef fect an escape. Preston called to the turnkey who jumped frorn his bed, and grappled wilh ihe prisoner. The two had a severe tussel, and before Preston or sheriff Wallace could go to the turnkey's assistance, Temple escaped through the hall door on the south side of the jail. The offlcers were soon after him, and after followiug his tracks for some distance, gave up the chase. Temple is said to be a "crook" and is wanted in Canada, where a reward of $300 was offered sometime ago for his capture.