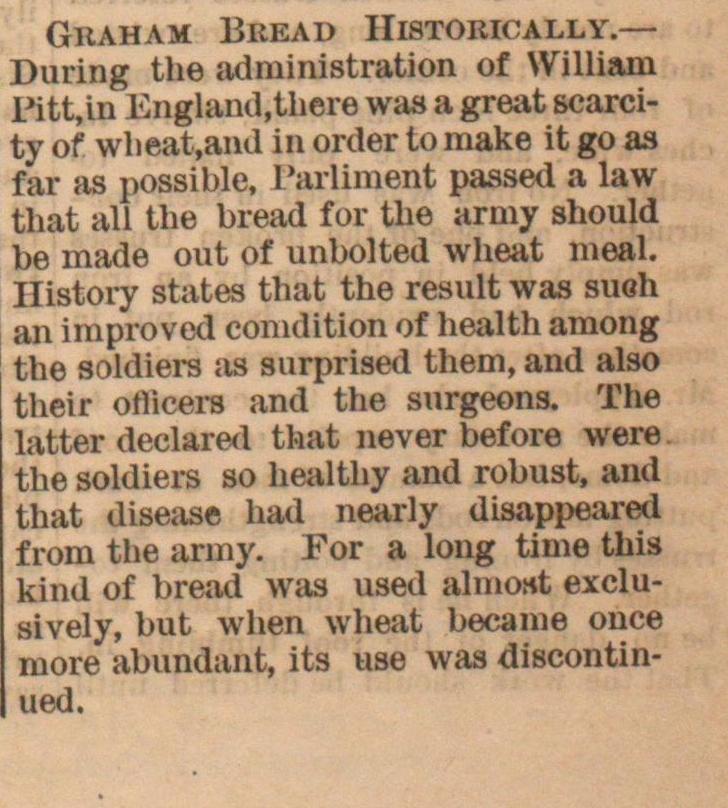 During the íidministration of William Pitt.in England.there was a great scarcity of wheat.and in order lo make it go as far as possible, Parliment passed a law that all the bread for the army should be made out of unbolted wheat nieal. History states that the result was suoh an improved comdition of liealth among the soldiers is surprised them, and also their otlicers and the surgeons. The latter declared that never bef ore were the soldiers so healthy and robust, and that disease had nearly disappeared f rom the army. For a long time this kind of bread was used almust exclusively, but when wheat became once more abundant, its use was discontinued.