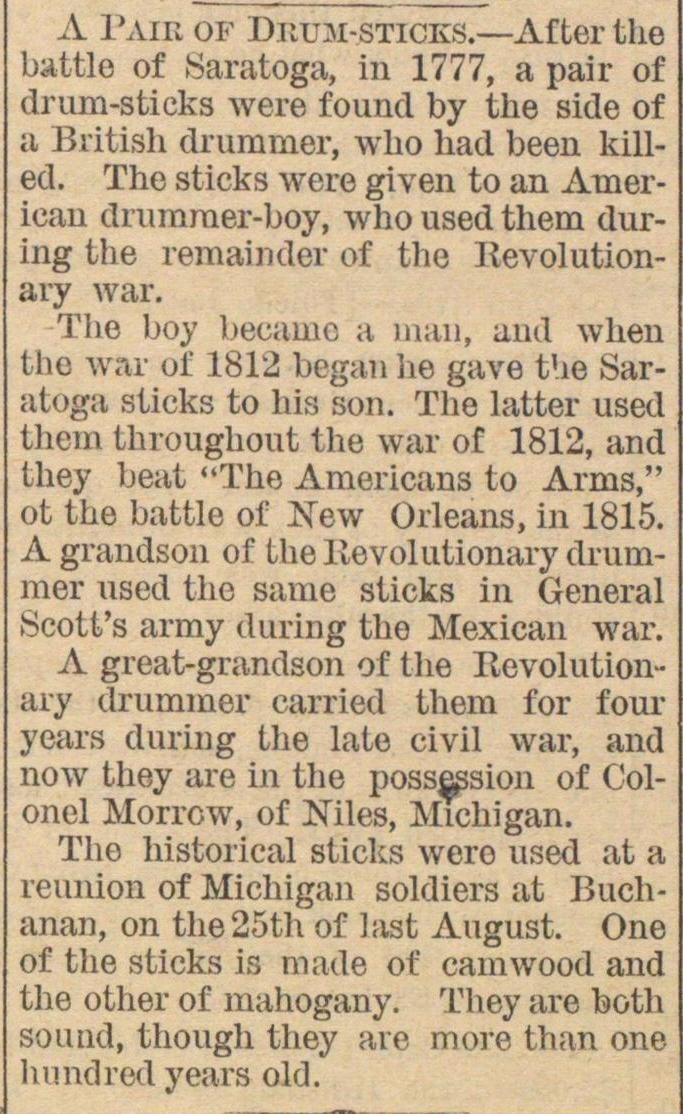 battle of Saratoga, in 1777, a pair of drum-sticks were founcl by the side of a British drummer, who had been killed. The sticks were given to an American drummer-boy, who used them during the remainder of the Revolutionary war. The boy became a man, and when the war of 1812 began he gave t'ie Saratoga sticks to his son. The latter used tliem throughout the war of 1812, and they beat "The Americans to Arms," ot the battle of New Orleans, in 1815. A grandson of the llevolutionary drummer used the same sticks in General Scott's army during the Mexican war. A great-grandson of the Eevolutionary drummer carried them for four years during the late civil war, and now they are in the possesion of Oolonel Morrcw, of Niles, Michigan. The historical sticks wero used at a reunión of Michigan soldiers at Buchanan, on the25th of last August. One of the sticks is made of camwood and the other of mahogany. They are both sound, though they are move than one hundred years old.